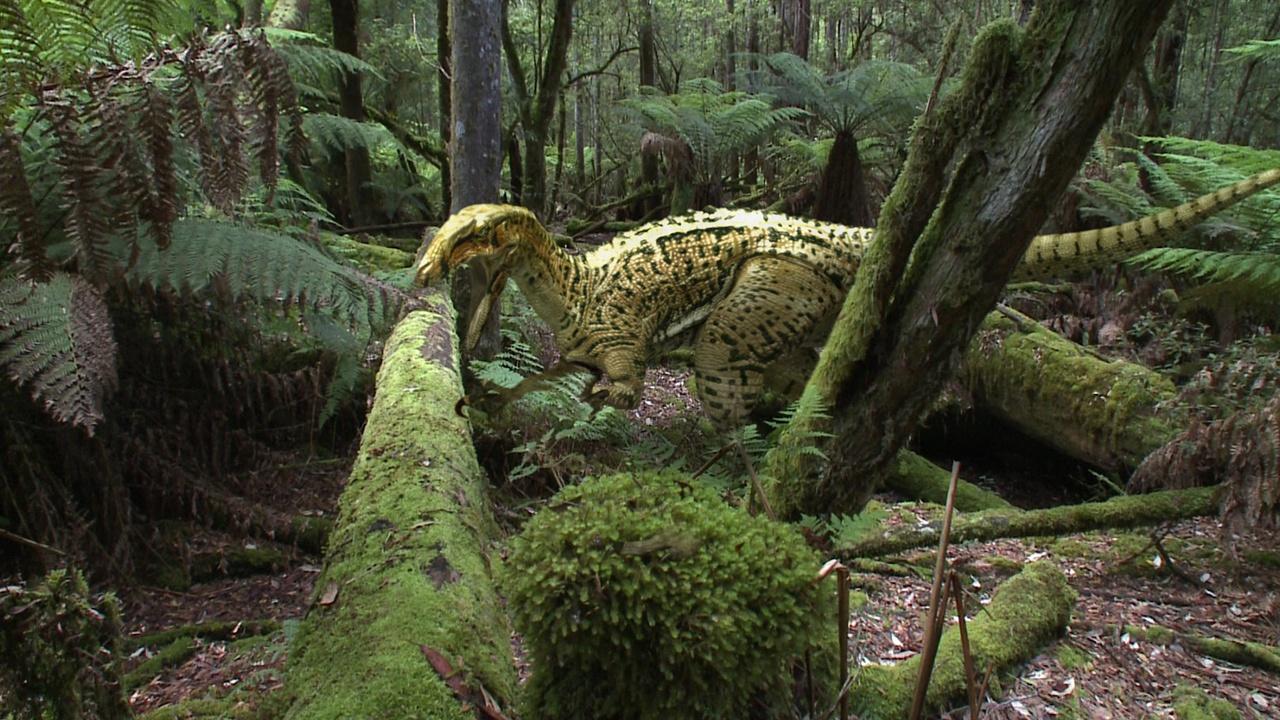 Of all the continents on Earth, none preserves a more spectacular story of its origins than Australia. NOVA's mini-series takes viewers on a rollicking adventure from the birth of the Earth to the emergence of the world we know today. With help from high-energy host and scientist Richard Smith, we meet titanic dinosaurs and giant kangaroos, sea monsters and prehistoric crustaceans, disappearing mountains and deadly asteroids. This is the untold story of the Land Down Under, the one island continent that has got it all. Host Richard Smith comes face-to-face with the previously unknown reptilian rulers of prehistoric Australia. NOVA resurrects the giants that stalked the land and discovers that some of them were among the largest ever to have walked the Earth. Others were some of the most dangerous. In the dry desert heart, scientists unearth an ancient inland ocean, full of sea monsters. But reptiles didn't have the world all to themselves. Mammals like the enigmatic platypus lived alongside them, ready for their day in the sun. And 65 million years ago, that day arrived.

How Communities Can Adapt to Climate Change