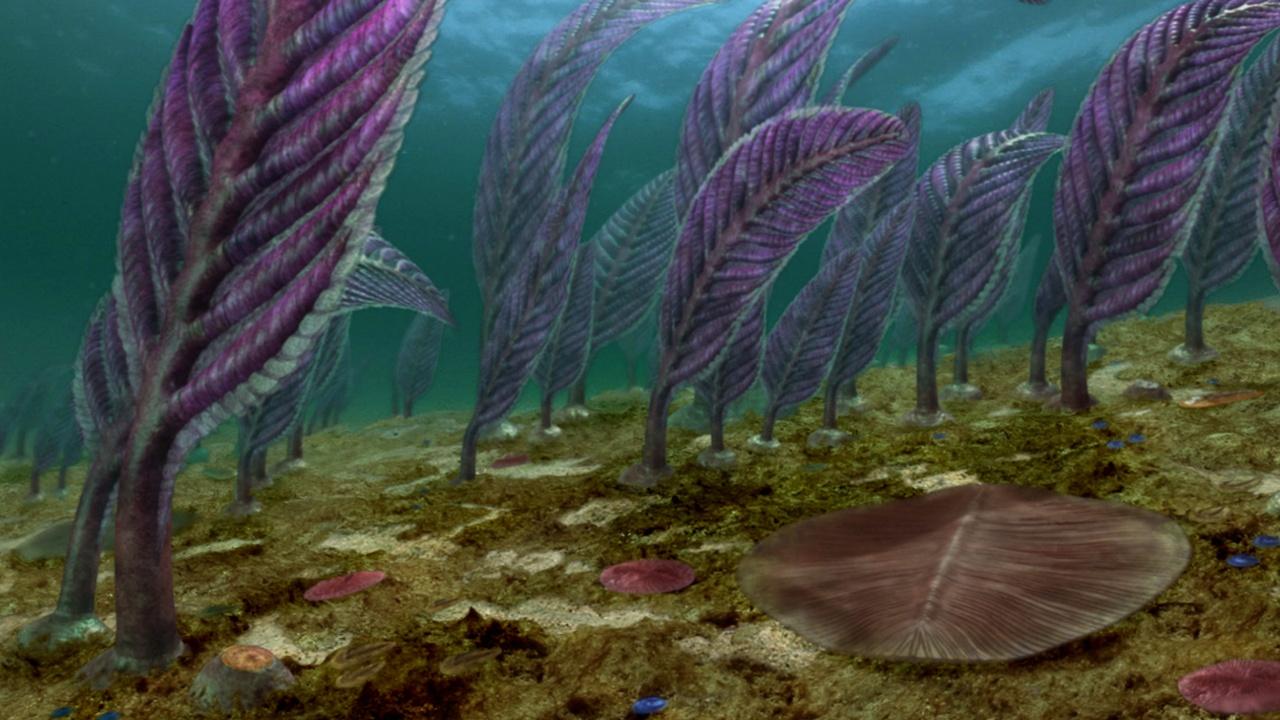 Of all the continents on Earth, none preserves a more spectacular story of its origins than Australia. NOVA's mini-series takes viewers on a rollicking adventure from the birth of the Earth to the emergence of the world we know today. With help from high-energy host and scientist Richard Smith, we meet titanic dinosaurs and giant kangaroos, sea monsters and prehistoric crustaceans, disappearing mountains and deadly asteroids. This is the untold story of the Land Down Under, the one island continent that has got it all. How did life storm the beaches and dominate planet Earth? Ancient Australian fossils offer clues. While the oceans were teeming, the world above the waves remained an almost lifeless wasteland - until the Silurian period, when the conquest of the land began. Host Richard Smith introduces Earth's forgotten pioneers: the scuttling arthropod armies that invaded the shores and the waves of green revolutionaries whose battle for the light pushed plant life across the face of a barren continent. Join NOVA's prehistoric adventure as four-legged animals walk onto dry land, with the planet poised for disaster.

What is the Endocannabinoid System?

A Veteran's Story of Medical Cannabis Use and Arrest