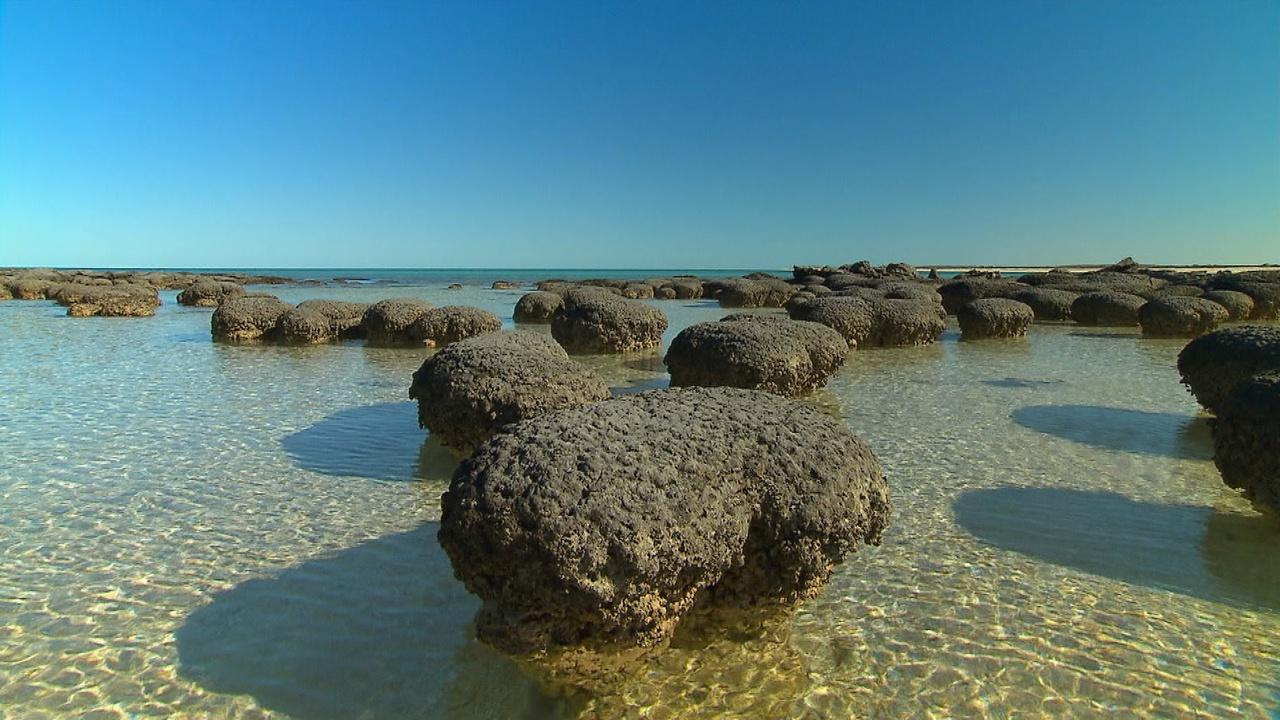 Of all the continents on Earth, none preserves a more spectacular story of its origins than Australia. NOVA's mini-series takes viewers on a rollicking adventure from the birth of the Earth to the emergence of the world we know today. With help from high-energy host and scientist Richard Smith, we meet titanic dinosaurs and giant kangaroos, sea monsters and prehistoric crustaceans, disappearing mountains and deadly asteroids. This is the untold story of the Land Down Under, the one island continent that has got it all. Hidden in the red hills of Australia are clues to the mysteries of Earth's birth, how life arose and how it transformed the planet into the world we now live in. Experts unveil the earliest forms of life: an odd assortment of bacterial slime. Life like this would flood the atmosphere with oxygen and spark the biological revolution that conquered the planet. Travel with NOVA and host Dr. Richard Smith to meet the cast in the first scenes of the great drama of life on earth.

What is the Endocannabinoid System?

A Veteran's Story of Medical Cannabis Use and Arrest