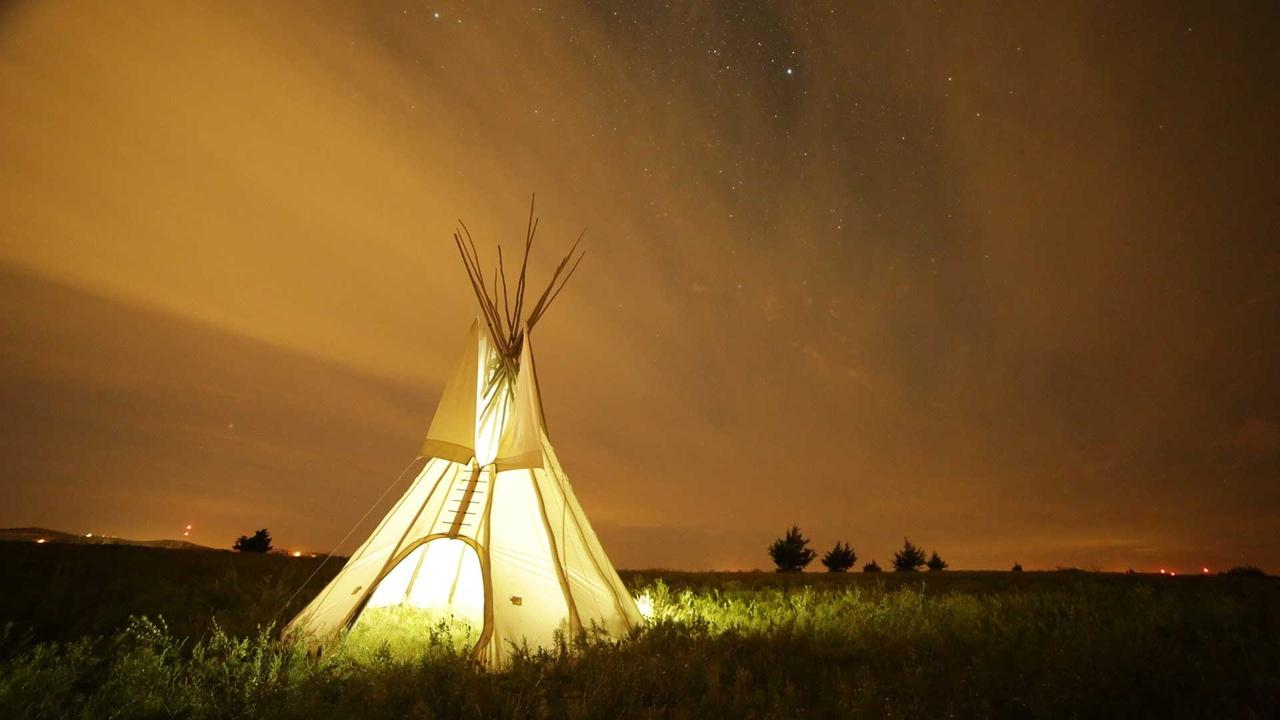 Discover how resistance, survival and revival are revealed through an empire of horse-mounted Comanche warriors, secret messages encoded in Aztec manuscript and a grass bridge in the Andes that spans mountains and centuries of time.

NATIVE AMERICA is a four-part PBS series that challenges everything we thought we knew about the Americas before and since contact with Europe.

The series reveals some of the most advanced cultures in human history and the Native American people who created it and whose legacy continues, unbroken, to this day.

The series explores this extraordinary world through an unprecedented combination of cutting edge science and traditional indigenous knowledge.

NATIVE AMERICA rediscovers a past whose splendor and sophistication is only now being realized, and whose story has for too long remained untold.

NATIVE AMERICA reveals a unifying belief that inspires these diverse cultures - people are deeply connected to earth, sky, water, and all living things.

This belief is rooted in millennia of living on this land and continues to resonate in the lives of Native Americans to this day.

Cities of the Sky