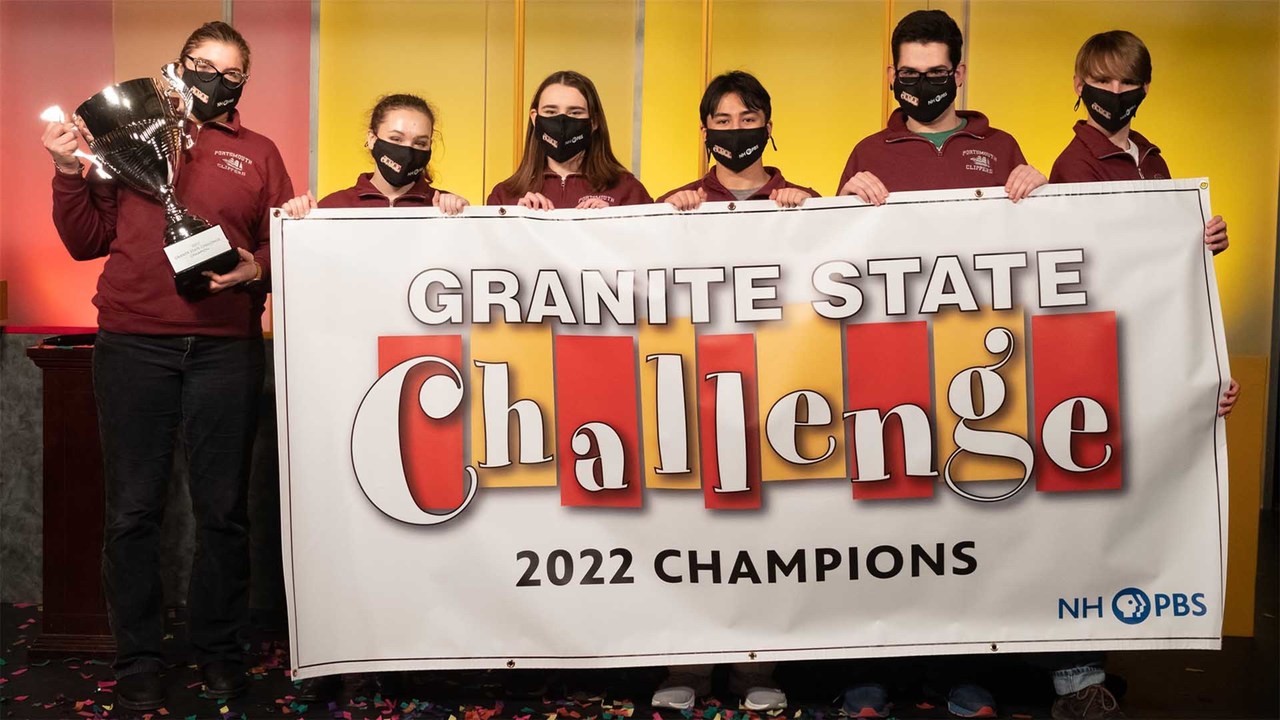 The History of Granite State Challenge

Granite State Challenge premiered on New Hampshire PBS on January 30th, 1984. The show was patterned after the popular College Bowl radio and television programs first broadcast nationally in the 1950’s and 1960’s. A young Tom Bergeron, of Dancing with the Stars fame, was the original host.

Featuring three rounds of questions - a bonus round sandwiched by two toss-up rounds - the show was a rousing success right from the start. Thirty-seven New Hampshire high schools vied for only 16 spots in the competition. Londonderry took the first-ever championship title in the hour-long final broadcast of the season, which would later come to be known as the SuperChallenge. 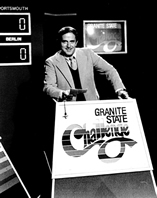 The 1986-87 Bishop Guertin team with coach Bruce Miller. As season 5 champions the team advanced to compete in the National High School Academic Championships.

Seasons two and three ran with essentially the same format as did the first with season two being broadcast in the Fall of 1984 and season three in the Spring of 1985.

By the end of season three it seemed that the primary goal of the show – to provide a means by which academically talented students could gain the same sort of recognition as did their athlete peers – was being realized. It
was because of the show’s continuing success that the competition was expanded in season four to encompass a full roster of 32 schools competing in a single season that begin in October of 1985 and conclude with an hour-long SuperChallenge championship game in May of 1986.

In the Fall of 1986 the stakes were raised once more when it was announced that the winner of season 5 would move on to compete in the National High School Academic Championships at Ohio State University in June 1987. Bishop Guertin High School narrowly defeated Merrimack High School by a score of 485-460 taking both the SuperChallenge championship and a berth in the national competition.

In the years since those early seasons, Granite State Challenge has undergone a number of changes, but the heart of the show has always remained. GSC has always been a place to showcase the hard work and talent of New Hampshire’s young people.

Allison MacNair, who would later go on to host NHPTV's NH Outlook, joined the show in 1998 as the first-ever Granite State Challenge co-host. Ally took on the role as only she could, and instantly set nervous students at ease allowing them the opportunity to share a more personal side with the viewers. Ally served as co-host for two years before moving on to NH Outlook.

Capably following in Ally’s footsteps was John Herman, a former Alton High School Challenge contestant himself as well as a member of the NHPTV Production Crew. John knew Granite State Challenge inside out and brought a youthful energy to the role that the students found to be very engaging. An old hand at theatre and improvisational comedy, John was never afraid of “putting himself out there” for the benefit of the show.

Following John’s departure, Tim Estiloz was the co-host from 2001 through 2009. For GSC’s 27th - 31st seasons, Lori D. Warriner, a well-known radio personality, was the co-host.