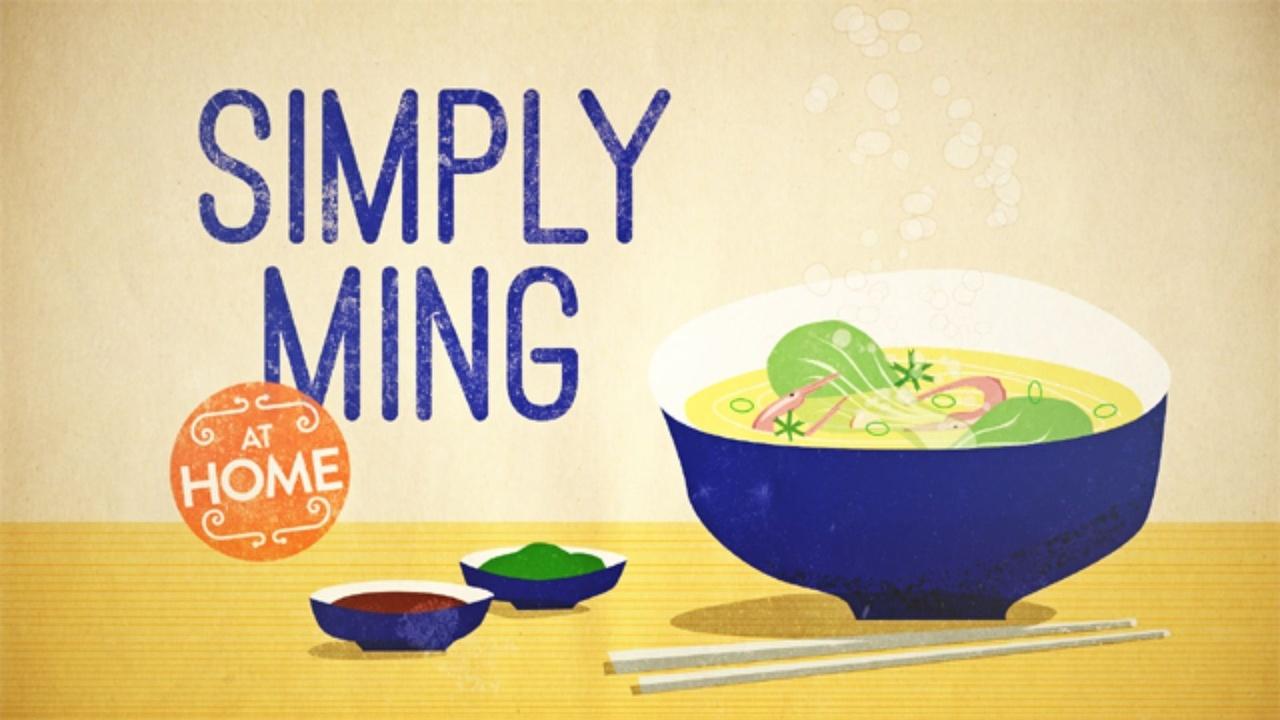 This week on Simply Ming, Chef Tsai prepares bok choy, two ways, with his son Henry as his sous chef. First is a flavorful casserole--Red Roast chicken with baby bok choy and sweet potatoes spiced up with red wine, Thai bird chilis, and star anise. Then follow that up with a vegetarian version that includes Red Roast Squash, baby Bok choy, sweet potatoes, scallions, garlic and ginger. To get things started he stirs up a cocktail-a Five Spice Old Fashioned for Ming, and then a Five-Spice Black Tea for Henry.

This year, Ming and his guest chefs will be "Cooking on the Fly" finding inspiration from his East-West pantry and surprise ingredients that range from exotic fruits and vegetables to meats and fish.

In each studio episode, Ming kicks off the show by highlighting techniques to help you "Cook on the Fly" at home.

From filleting a fish to sharing the technique for cooking veggies kids will love, Ming and his guests use their culinary tricks to bring you a season of delicious new recipes.

On the Road in Hawaii: Isaac Boncaco

On the Road in Hawaii: Ed Kenney