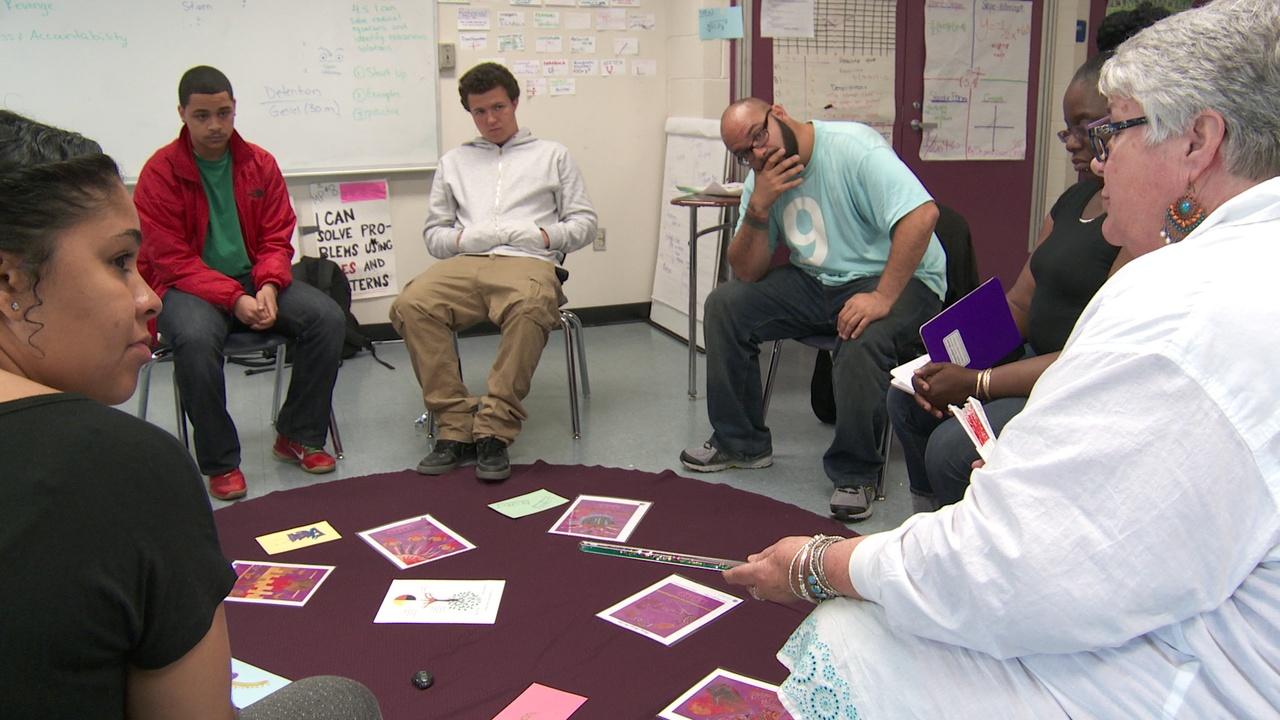 CIRCLE UP is the story of a grieving mother, the men who murdered her son, and the unexpected relationships they create to prevent more violence. Janet Connors' son Joel was murdered in Boston by four young men. Three of the men make a plea agreement but the main perpetrator walks free on "reasonable doubt." Janet realized she needed to make her own justice. But instead of exacting vengeance, Janet becomes the first person in Massachusetts to hold a Victim-Offender Dialogue through the corrections system and develops a deep relationship with one of her son's murderers. Janet enrolls in restorative justice training and with other survivor moms begins working in schools, prisons, and social service agencies to help people heal from trauma, resolve conflict, prevent violence, and build community.