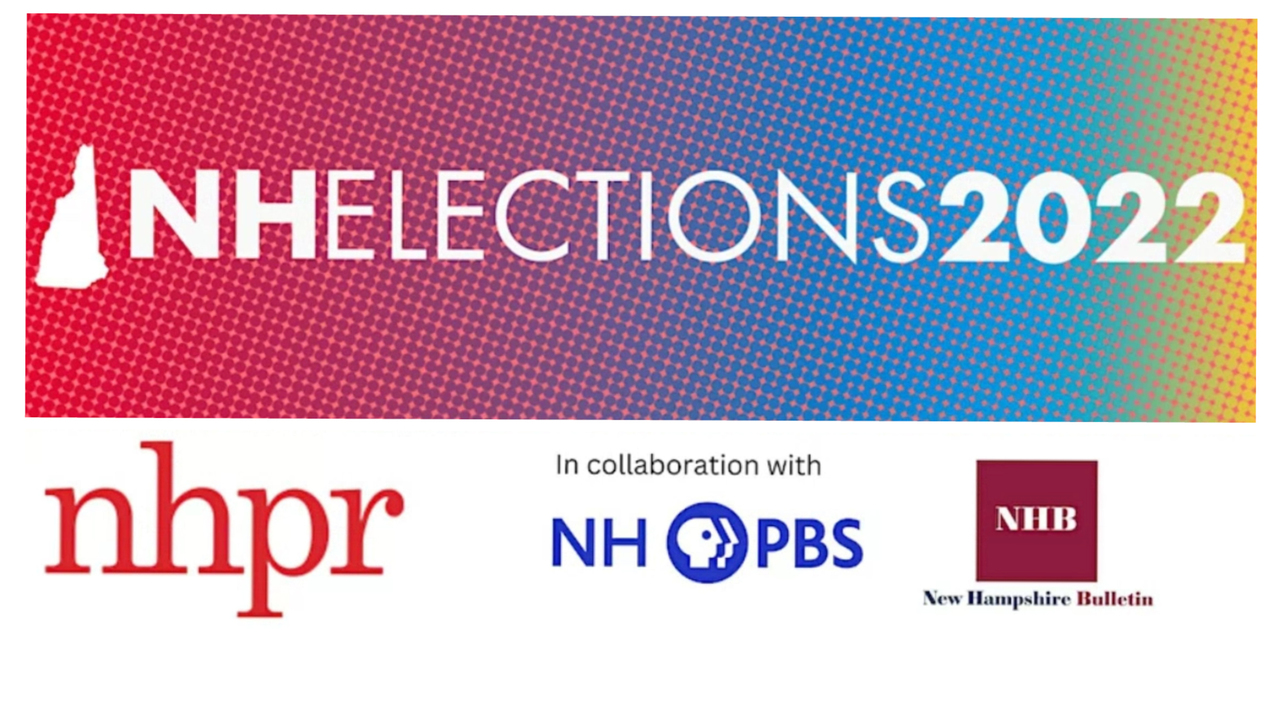 Debates will be held in NHPR’s Studio D before a live audience and will be broadcast live on the stations of NHPR, streamed through the NHPR app and its Facebook Live feed, and rebroadcast evenings on NHPR. The debates will also be available and live streamed on nhpbs.org/nhvotes and broadcast later on NHPBS. Tickets for the live, in-studio event are free but must be reserved here. A recording of the debates will be accessible on demand via the NHPR app and via the NHPR website. These debates are part of a broader portfolio of election coverage offered by NHPR. Find more information on the 2022 midterm election at https://www.nhpr.org/elections-2022

“In this important midterm election, hearing directly from people all over the Granite State about their concerns is core to our public service mission,” said Jim Schachter, President & CEO of NHPR. “Our ongoing collaboration with NHPBS and the New Hampshire Bulletin allows us to further expand the reach of these debates and lets more Granite State listeners and viewers hear and see from the candidates for higher office.”

Dana Wormald, editor-in-chief of the New Hampshire Bulletin, said, “The participation of candidates in public debates is a fundamental part of the democratic process. Voters deserve a chance to listen to candidates articulate their positions, and challenge the positions of their opponents, in an arena where there is no chance for the candidate to huddle with advisers before answering. The Bulletin is honored to team up with NHPR and NHPBS for this latest round of debates, and we hope all who care about the future of this state and nation will tune in as they prepare to cast their votes in November.”

“Our collaboration with NHPR and New Hampshire Bulletin provides New Hampshire citizens with much-needed comprehensive coverage during this political season,” says NHPBS President and CEO Peter Frid. “We will be live streaming all of the debates on nhpbs.org/nhvotes and broadcasting them on two of our channels NHPBS and NHPBS Explore.”

Viewers of NHPBS can watch the debates on Saturday, Oct 29 from 8-11 pm on NPBS Explore. They will air again on Sunday, Oct. 30 from 2-5 pm on NHPBS. During those times, the gubernatorial debate will air first, followed by the 2nd Congressional District debate, and then the U.S. Senate debate.

In-Studio event note
These debates are being recorded and photographed for broadcast and used by NHPR, NHPBS and the New Hampshire Bulletin. Attendance at live events in NHPR’s Studio D implies consent to be recorded and/or photographed.

Debate criteria
The NHPR Newsroom’s goal for these debates is to present voters with a chance to draw clear contrasts among the candidates before they cast their ballots on Election Day.

Because debates must occur within a limited time, NHPR must adopt criteria for deciding which candidates to invite to participate. To that end, and consistent with long-standing practice, the NHPR newsroom invited candidates for the major political parties to participate using the criteria defined in state election law and by the New Hampshire Secretary of State.

New Hampshire defines major parties for elections as those whose candidates have won at least 4% of the vote in the most recent statewide election (i.e. governor and U.S. Senate). Currently, the only political parties in New Hampshire to have reached that threshold are the Republican Party and the Democratic Party.

NHPR extended invitations to these debates to all top Democrat and Republican candidates prior to the primary election in September, giving campaigns equal opportunity to respond and commit to participating. After the primary, NHPR worked with the winning campaigns to determine a debate date that worked for candidates from each party.

Debates are just one part of NHPR's plan for informing voters ahead of the Nov. 8 election. In addition to our ongoing election coverage, we plan to conduct and broadcast interviews with all candidates on the ballot for New Hampshire governor and U.S. Senate before the polls open. The New Hampshire Bulletin is also covering candidates and election issues on its website, newhampshirebulletin.com.

About New Hampshire Public Radio
NHPR is New Hampshire’s only statewide radio news service, broadcasting from 14 sites across the Granite State. Our award-winning journalism is available to read and listen to 24/7 at NHPR.org and by asking your smart speaker to “Play NHPR.” NHPR journalists deliver local news, programs, newsletters, and podcasts, including Morning Edition, All Things Considered, Civics 101, Outside/In, Document, The Weekender, The Rundown, Primarily Politics, The Folk Show, and the N.H. News Recap. NHPR is the exclusive outlet for NPR News in the Granite State and broadcasts national weekly programs such as The Moth Radio Hour, Wait Wait…Don’t Tell Me!, and This American Life. At NHPR, our vision is that through trustworthy journalism, we enrich lives and build stronger communities, in New Hampshire and beyond. Diversity, equity, and inclusion are core to our mission. We strive to build an inclusive culture that links us to the communities we serve and to produce journalism and programming that reflect those communities’ diverse cultures, backgrounds, and viewpoints.

About the New Hampshire Bulletin
The New Hampshire Bulletin is an independent, nonprofit news organization dedicated to keeping the people of the Granite State informed about the issues that matter most. Because the activities inside the halls of power are just one part of the picture, the Bulletin staff follows the threads of policy into communities throughout New Hampshire to tell the people’s stories.This public service is free to readers, and other news outlets are free to republish the Bulletin’s stories. newhampshirebulletin.com.