Hope and Healing in the Woods, on the Water, and Down the Slopes 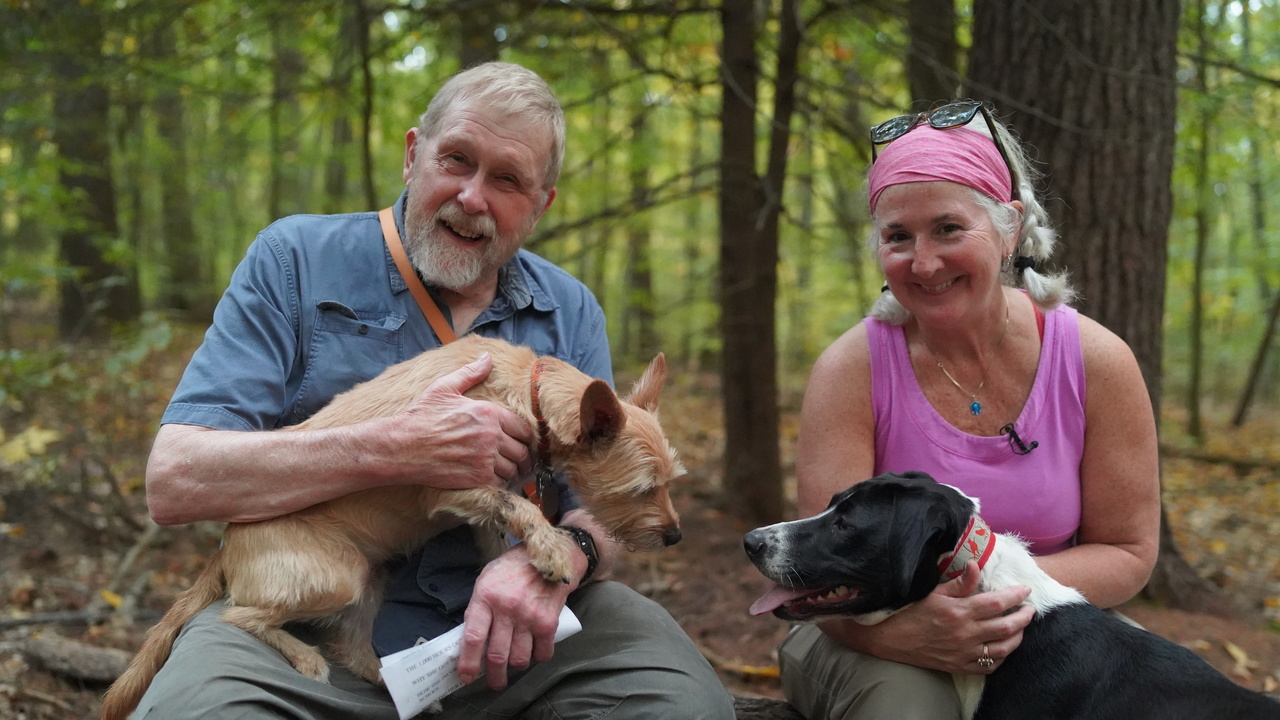 The second half of the ten-season arc finds host Willem Lange conversing with hikers, rowers, ice skaters, skiers and more as the program travels to points all over New England. Destinations include the White Mountains, the Monadnock region and the Seacoast – plus a special rowing trip along New York’s Erie Canal and a field trip to conservation land in Vermont. The five episodes – all filmed and produced under pandemic conditions – also span the seasons. Viewers will be able to see vibrant foliage colors, sense the frost of a cold winter ski run, and imagine the heat of rowing on a hot summer’s day.

WINDOWS TO THE WILD WITH WILLEM LANGE – an NHPBS favorite — launched its 17th season on February 2, airing five episodes on consecutive Wednesdays. The final five episodes of the season will launch on NHPBS beginning Wednesday, March 9, and concluding April 6. Viewers can enjoy the program on-air via NHPBS Wednesdays at 7:30 p.m. or watch episodes on their own time online. NHPBS Members have the option to binge-watch the entire season on NHPBS Passport starting on Wednesday, March 9.

“Doing this for as long as I have, I’m always humbled by the welcome and grace people offer me, and the stories they are willing to share, whenever myself, my dog Kiki and our crew show up to highlight and share their stories,” says longtime host Lange. “This group of programs feature some personal stories that really illustrate how being outside, making a conscious choice to be outdoors, or showing others the marvels of the natural world can be a source of hope, inspiration, and healing. Collectively we are all continuing to live through some unusual and challenging times, so to see how getting outdoors and seeking nature’s wonders can heal was a welcome reminder of the importance of doing just that,” adds Lange.

Building off the first half of the season, the second group of episodes will include conversations with educators, community activists, an Olympian and an aspiring Olympian. In all episodes, viewers can enjoy Lange’s approachable interviewing style and warm humor blended with immersive photography and top-notch production values.

For this installment of episodes, program topics will include:

“As soon as we wrap one season, we are always looking ahead to the next series of stories and adventures,” said Phil Vaughn, executive producer of WINDOWS TO THE WILD WITH WILLEM LANGE. “Season 17 represents ten months of production, so we welcome comments and feedback from viewers and fans of the show as they watch and stream the program. Next year, we plan to continue telling compelling stories about how people connect with nature and cherish the outdoors,” said Vaughn.

Until the next season arrives, viewers can continue to enjoy the warm wisdom of Willem Lange through a new podcast. In partnership with the Marlin Fitzwater Center for Communication at Franklin Pierce University, NHPBS created a podcast encompassing stories and essays from Lange’s most recent book “Words from the Wild,” and from his weekly column Yankee Notebook. Fans of the broadcast now have another option to hear Lange’s observations from decades as an outdoor enthusiast, via these short audio episodes that you can listen to anywhere, anytime. Listeners can download the podcast at nhpbs.org/windows, or wherever you get your podcasts.

WINDOWS TO THE WILD WITH WILLEM LANGE – SEASON 17

When you see the lights off Route 93 north shining down a winter hill, look for the skiers schussing down the mountain. Mt. Eustis Ski Hill in Littleton, New Hampshire, has a rich history as a community gathering place, and as a place where the generations of area residents learned to ski or hone their skills, including a future Olympian. Learn how community residents in Littleton rescued this treasure from closure in the 1980s and are now finding innovative ways to protect the hill as a vibrant community resource. Guests will include Board members from Mt. Eustis, local small business owner Jean McKenna, and former Olympic skier Gordon Eaton.

Join children and their parents for lessons about nature and the outdoors during an autumnal hike through the grounds of the Harris Center for Conservation Education in Hancock, New Hampshire. With nearly 30 years at the center, teacher and naturalist Susie Spikol discusses with Willem how she keeps lessons fresh and relevant, teaching students the principles of conservation, stewardship, and respect for the natural world. Guests include Harris Center founder Eleanor Briggs.

Seacoast writer and educator Susan Dromey Heeter shares how a New Year’s resolution grew into an ongoing challenge to spend 1,000 hours outside. Dromey Heeter hikes, swims, and ice skates in this episode. Her friend Moné Cassier of Sober Sisters Recovery comes along for a swim and shares her personal story of recovery and the critical role getting outside and exercise can play in recovery.

Erik Frid took up competitive rowing to help process a family tragedy and pay respects to a beloved older brother. To cap off a rowing career that spanned high school, collegiate and national team rowing, Erik departs on an adventure to row more than 300 miles on the Erie Canal in New York state. Learn more about the history of this iconic American waterway, the challenges Erik faced on his unique quest, and how the sport of rowing has shaped his life and perspective. Locations for this episode include Great Bay Rowing in Dover, New Hampshire and the Erie Canalway National Heritage Corridor.

David Krueger provides a vital service to deaf and hard of hearing people looking for information on the COVID-19 pandemic and other civic issues in New Hampshire. As a Certified Deaf Interpreter, Krueger provides sign language services for the community at news conferences held by Governor Chris Sununu. Willem meets up with David for a hike on conversation land in Sharon, Vermont. Viewers will learn how David finds peace in the outdoors away from work and learn how sign language played a role in Willem’s personal family history.

HOW TO WATCH WINDOWS TO THE WILD WITH WILLEM LANGE

NHPBS Passport
Viewers can watch WINDOWS TO THE WILD WITH WILLEM LANGE and other NHPBS programming anytime, online and on their own schedules via NHPBS Passport. Passport provides members with extended access to a comprehensive library of quality public television programming. Sign-up is a simple three-step process. Passport is available on most devices: Apple TV, Chromecast, Amazon Fire TV, Roku, iPhone, iPad, and Android.

Broadcast
WINDOWS TO THE WILD WITH WILLEM LANGE airs Wednesdays at 7:30 p.m., on your local NHPBS channel.

Via Podcast:
Download Willem Lange’s new podcast WORDS FROM THE WILD WITH WILLEM LANGE at nhpbs.org/windows, or wherever you download your podcasts.