Taking on Mount Washington One Step, One Pedal or Two Skis at a Time 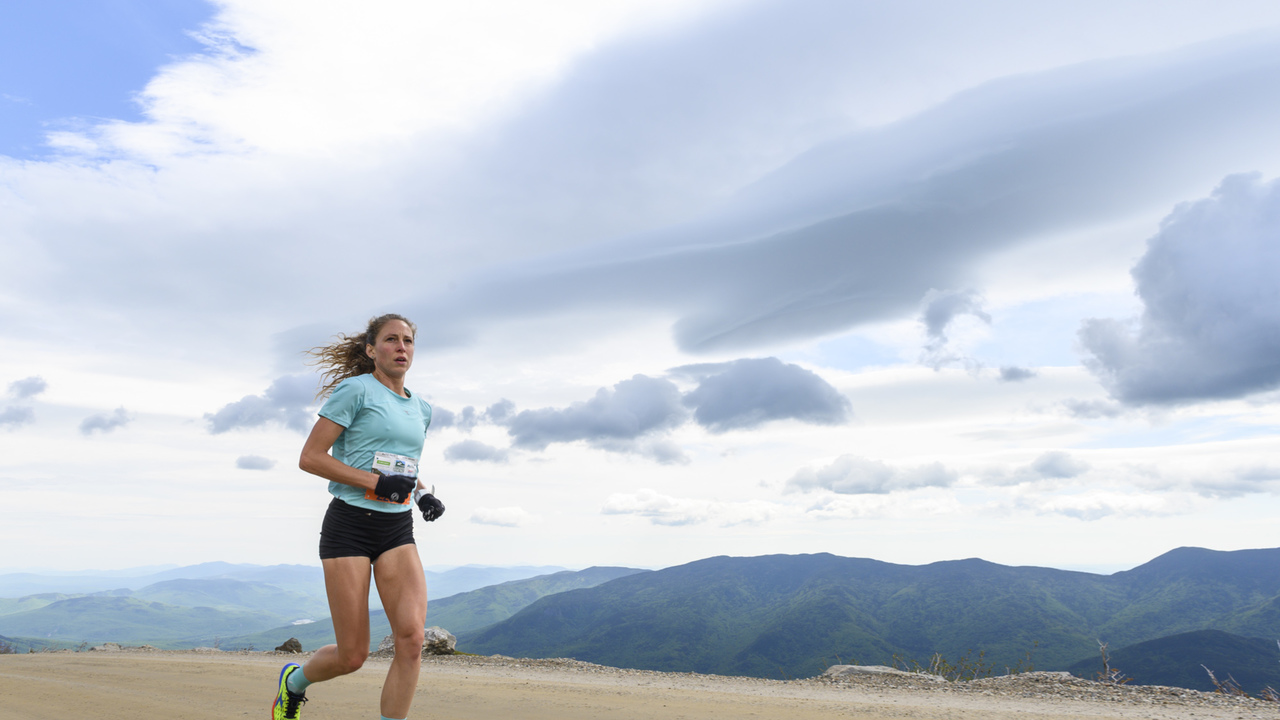 (Durham, NH, February 13, 2020)  Rising 6,288 feet and overlooking the rest of the Presidential Range, Mount Washington is more than just the tallest peak in New England. It stands as a solitary challenge that draws athletes from around the world. They come to the Mt. Washington Auto Road and begin their ascent to the summit on foot bike, skis and snow shoes.

Even before the Mt. Washington Auto Road opened in 1861, people challenged themselves by hiking the mountain. Nowadays, many are drawn by an irresistible urge to race up it.

Howie Wemyss has been the General Manager of the Mt. Washington Auto Road since 1988. He has seen his fair share of races. “The thing that resonates with me is the athleticism and the personal challenge people put themselves through. Can they trust themselves and their bodies?,” says Wemyss.

Producer Phil Vaughn ran side by side with competitors to bring viewers a first-hand account of the challenges that awaits them. “I was impressed with the reasons why people take on these challenges. Some come for the community, some race for causes and others come to conquer the mountain itself.”

Tri-athlete and Ironman competitor, Sean Snow has hiked Mount Washington in the past. This time he raced up on his bike and it was a very different experience.

“This race is legendary. It’s one of the toughest hill climbs in the world. The weather is unpredictable and the mountain is unpredictable,” says Snow. “I don’t think there’s ever been a race that I’ve never thought of the other competition before. This time it’s just me against this mountain.”

Weather is as big a challenge as the climb itself. Strong winds, fog as thick as pea soup, rain, snow, ice is all part of the game. You name it, these athletes will face it. “The wind is brutal. It literally almost knocked me over and I nearly dropped off the cliff,” says Brittni Hutton, a professional runner who tied for first place – the only photo-finish to date.

Despite foul weather, flat tires and screaming hamstrings, these athletes keep coming back. “It is definitely a climb and a challenge, but that being said I don’t think that there’s anybody that can’t do it. If you put your mind to it and your passion towards it – it’s there for the taking,” says Snow.

WINDOWS TO THE WILD: TAKING ON MOUNT WASHINGTON airs on Wednesday, February 19th at 7:30pm on New Hampshire PBS and online at nhpbs.org/windows.