Windows to the Wild airs February 5th at 7:30pm on NHPBS 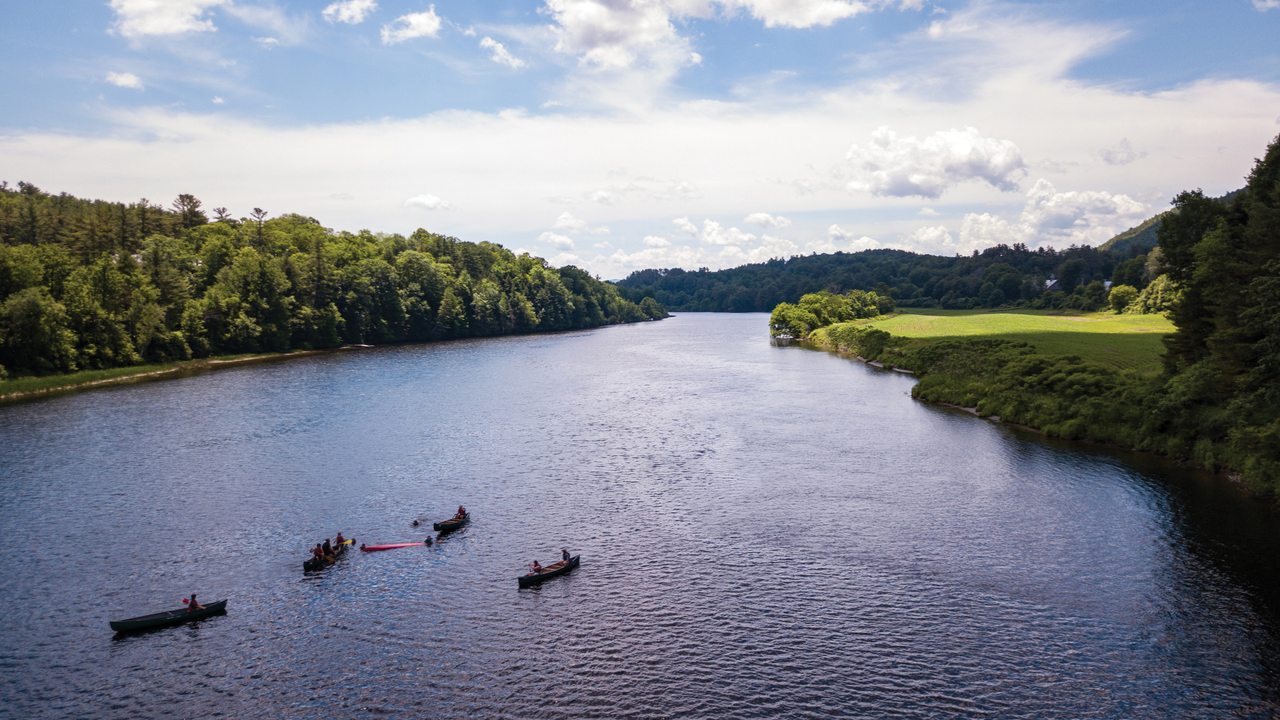 (Durham, NH, January 31, 2020) What does it take to get a teenager off their smart phone and happy about it? According to Thetford Academy educator Scott Ellis the answer is simple: fresh air, quality time with friends and, perhaps most importantly, the freedom to take risks.  Ellis and his students in the Thetford Outdoor Program were joined this summer by Windows to the Wild host Willem Lange on day four of a five day trek down the Connecticut River, an annual trip where Ellis challenges his students to work together, give back to the community and make decisions without adult supervision – or, at least, not much.

The balance between safety and independence can be tricky to achieve, but the 84 year-old Lange sees a benefit to the guidance of Ellis and his colleagues. “We weren’t as well cared for or tended to as these kids,” he says of his youth in the wild. “It took us longer to learn things we needed to know, and a lot of the things we did imperiled life and limb.”

To Ellis, it’s important to create an environment that is socially and emotionally, as well as physically, safe.  The students give up their cell phones for the duration of the trip and enjoy some time away from their parents. “You can almost see the weight on their shoulders releasing,” says Ellis. “We’ve allowed them to be free in a pretty special way that kids don’t get these days.”

It’s an approach the students appreciate. “This is probably the best canoe trip I’ve been on” says Thetford Academy student Asa Keller. “We get a lot of freedom, which is really nice.”

“Most of the students seem to feel they were able to step over most major hurdles they felt leading into the trip,” notes Windows the Wild producer Phil Vaughn. “Part of that is because Scott and the other instructors helped them along way but also they forced the students to find solutions on their own.”

Sadie Mayfield, a Thetford Academy teacher who joined Ellis on the trip, remembers a similar trip she took while at summer camp. “As a kid, it was such an adventure,” she reminisces. Now, as a teacher, she sees the adventure of a canoe trip like this in a slightly different light. “Out here, they get to be kids.”

You can meet Scott Ellis and his intrepid crew on the next episode of Windows to the Wild, airing Wednesday, February 5th at 7:30 pm on New Hampshire PBS and online at nhpbs.org/windows.