Reclaiming Their Stories to Create a Community in the Wild

Windows to the Wild Premieres Wednesday, January 8 on NHPBS 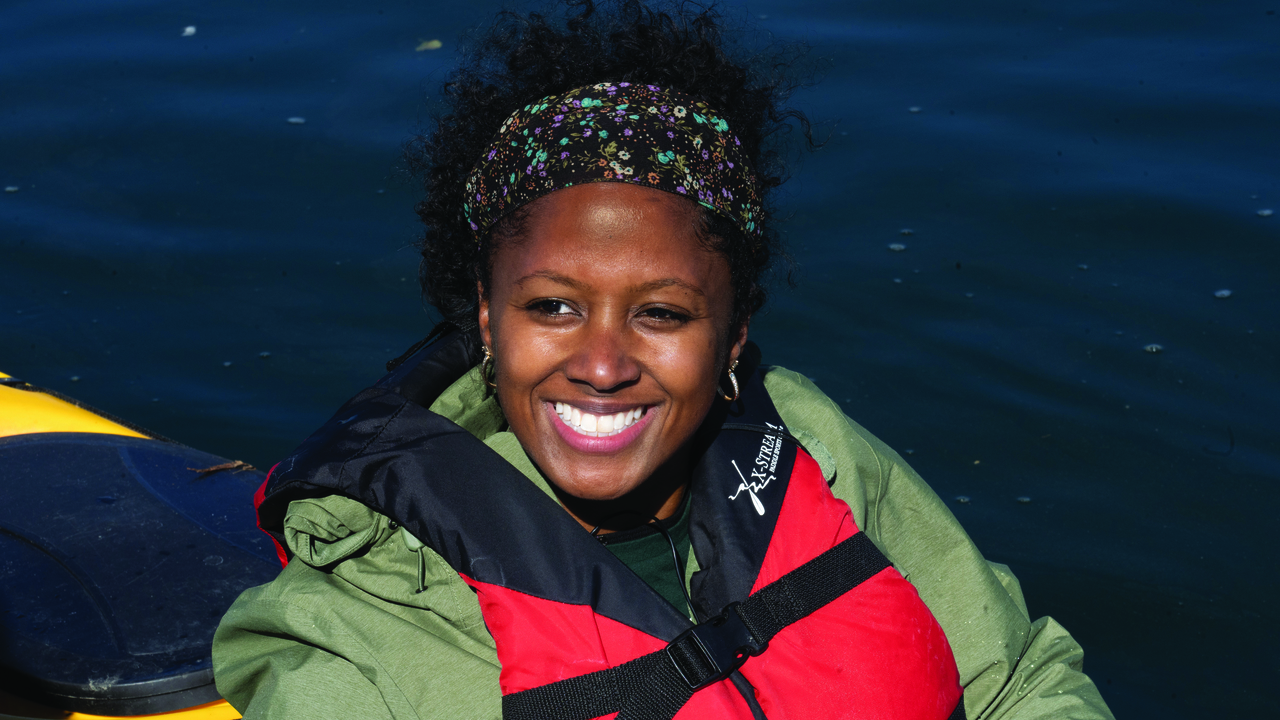 (Durham, NH, December 20, 2019) “As I’ve been learning more about New England history and seeing more of these stories, I think ‘Wow, why haven’t I heard about this? I’ve lived in Boston my whole life.’”  Chaya Harris, an educator and leader for Outdoor Afro was recently joined by WINDOWS TO THE WILD host Willem Lange as she led a group of kayakers through Portsmouth Harbor and shared stories of the Black Jacks.  Black Jack was a term used for black sailors, men who played an integral role in 19th-century New England life.  To Harris, the fact that their stories are so rarely told illustrates a larger problem with the narrative that often surrounds African-Americans and the outdoors – a narrative she worries discourages black people from experiencing nature.  “My goal today,” she explains “is to reclaim some of our space, reclaim our stories and share our stories.”

Outdoor Afro is a national non-profit dedicated to helping African-Americans experience the outdoors. This is the second time Lange has joined them on an excursion. He first met Harris when she led a team up Mount Washington.  Harris has been encouraged to enjoy the outdoors all her life, but she says that for many black men and women going for a hike or hopping in a kayak may not seem like a natural fit.    “We’ve always been there,” Harris says of black people in the outdoors, but “our history’s been misrepresented, and it’s been skewed sometimes to a place of fear, of oppression and not always welcoming spaces.”

First-time kayaker Lina Shayo says the opportunity to try new activities with people from a shared cultural background lessens the anxiety that persistent narrative can cause. “There’s a lot of fear. You feel like ‘How am I going to navigate this? Are people going to be friendly? Is it going to be welcoming?’ With Outdoor Afro, a little bit of that fear goes away.”

For WINDOWS TO THE WILD producer Phil Vaughn, watching the community the participants created was a highlight of the day. “They all seemed to really enjoy being out on the water with the sun on their faces and their friends shouting encouraging words.”

Harris seeks to bolster this sense of community with the history that is incorporated in Outdoor Afro outings. Today they focus on the Black Jacks, a group that included Frederick Douglass and Crispus Attucks. At one time, 8% of New Bedford’s population was free black men working in the shipping industry. “It’s such a complex history and not just one story to be told,” says Harris.

It’s this sharing of many narratives, many experiences and viewpoints that Shayo says helps push her out of her comfort zone. “Sometimes you can get afraid,” she says. “You’ve allowed yourself to believe a single story about how you’re not welcome in a place. Then you go out there and you realize: I belong in this place just like everybody else belongs.”

You can learn more about Outdoor Afro and the Black Jacks on Windows to the Wild, airing Wednesday, January 8th at 7:30 pm on New Hampshire PBS and online at nhpbs.org/windows.