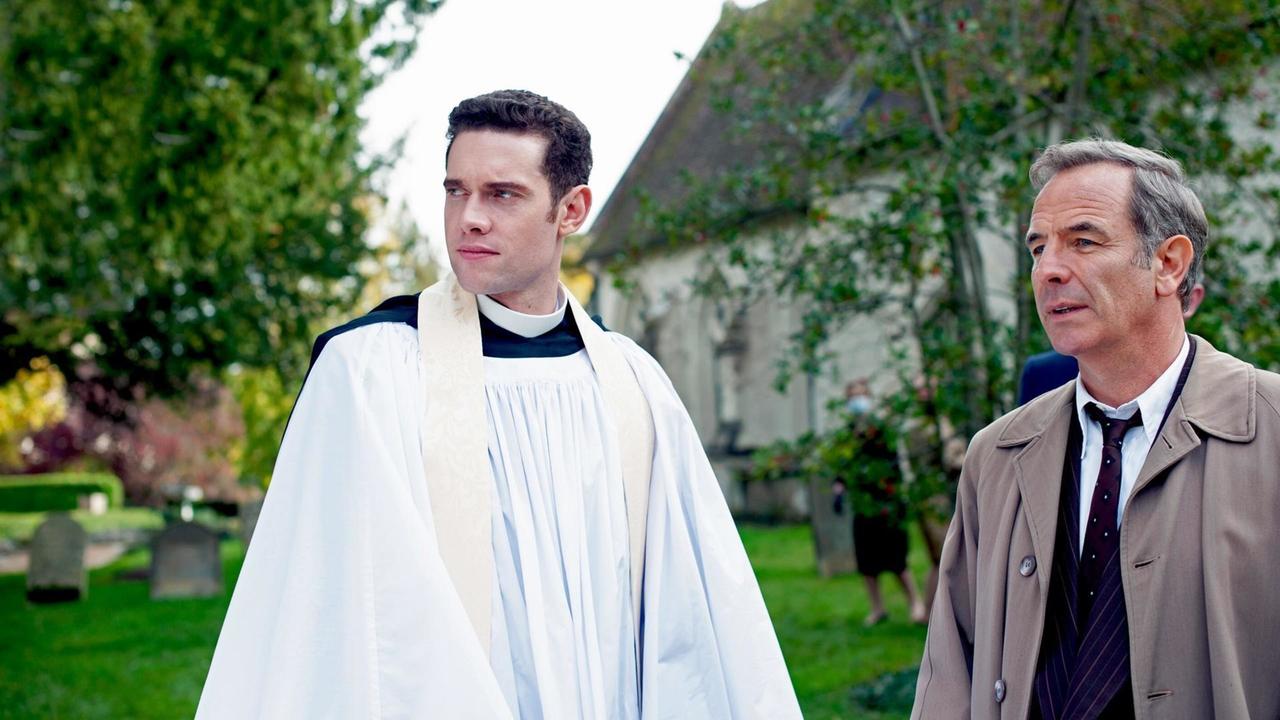 Grantchester | Season 6 Episode 2
Will and Geordie negotiate a family dispute that may be connected to a murder. Meanwhile, a sinister letter arrives for Leonard.
Available: Oct. 3, 2021 – Nov. 20, 2031

How the Monuments Came Down
How the Monuments Came Down is a timely and searing look at the history of white supremacy and Black resistance in Richmond. The feature-length film—brought to life by history-makers, descendants, scholars, and activists—reveals how monuments to Confederate leaders stood for more than a century, and why they fell.
Available: Oct. 7, 2021 – Sept. 7, 2023

Future of Work | Futureproof
Frontline and service workers have borne the health consequences of the pandemic, increasing racial and economic disparities. Certain robotic and AI applications are accelerating as the value of human workers is further questioned. Determining the likely areas of job growth and training needs is difficult. Post-secondary education has become more virtual and its costs, more controversial.
Available: Oct. 7, 2021 – Sept. 7, 2024

Generation 9/11
"Generation 9/11" is an intimate film driven by the stories and personalities of its protagonists, who were born in the wake of a global tragedy which, for them, was also deeply personal. But it is also the story an entire generation that has been shaped by the attacks and their aftermath.
Available: Oct. 11, 2021 – Aug. 31, 2031

Call the Midwife | Season 10 Episode 6 (Passport Early Release)
Trixie speaks out on behalf of a patient, with mixed reactions. Dr. Turner and Sister Frances help a mother-to-be who refuses medical care. Nancy reveals a secret that could threaten her relationship with Nonnatus House.
Available: Oct. 8, 2021 – Dec. 21, 2021

Lucy Worsley’s Royal Myths & Secrets | The Romanovs and the Russian Revolution
The October Revolution of 1917 has gone down in history as the only Russian Revolution that really mattered. But Lucy Worsley reveals that the earlier revolution in February that year was downplayed in Bolshevik history books and films despite the fact that it was the truly spontaneous popular uprising that swept the Czar from power.
Available: Oct. 11, 2021 – Aug. 31, 2028

The Roosevelts
The Roosevelts: An Intimate History chronicles the lives of Theodore, Franklin and Eleanor Roosevelt, three members of the most prominent and influential family in American politics.

Steve Jobs: One Last Thing
Through interviews with colleagues and others who knew Steve Jobs, whose innovations transformed the lives of millions, "One Last Thing" provides an inside look at the man and the major influences that helped shape his life and career.
Expiration Date: Nov. 1, 2021

How We Got to Now: Cold
Steven Johnson explains how entrepreneur Frederic Tudor made ice delivery one of the biggest export business in the U.S. and where Clarence Birdseye, the father of the frozen food industry, experienced his eureka moment. He also travels to Dubai to see how cold has led to penguins in the desert. From IVF to food, Hollywood to human migration, the unsung heroes of cold have led the way.
Expiration Date: Nov. 5, 2021

NOVA | Bigger Than T.rex
Almost a century ago, paleontologists found the first tantalizing hints of a monster even bigger than Tyrannosaurus rex, perhaps the largest predator ever to roam the Earth: spectacular fossil bones from a dinosaur dubbed Spinosaurus. But the fossils were completely destroyed during a World War II Allied bombing raid, leaving only drawings, questions, and a mystery: What was Spinosaurus?
Expiration Date: Nov. 4, 2021