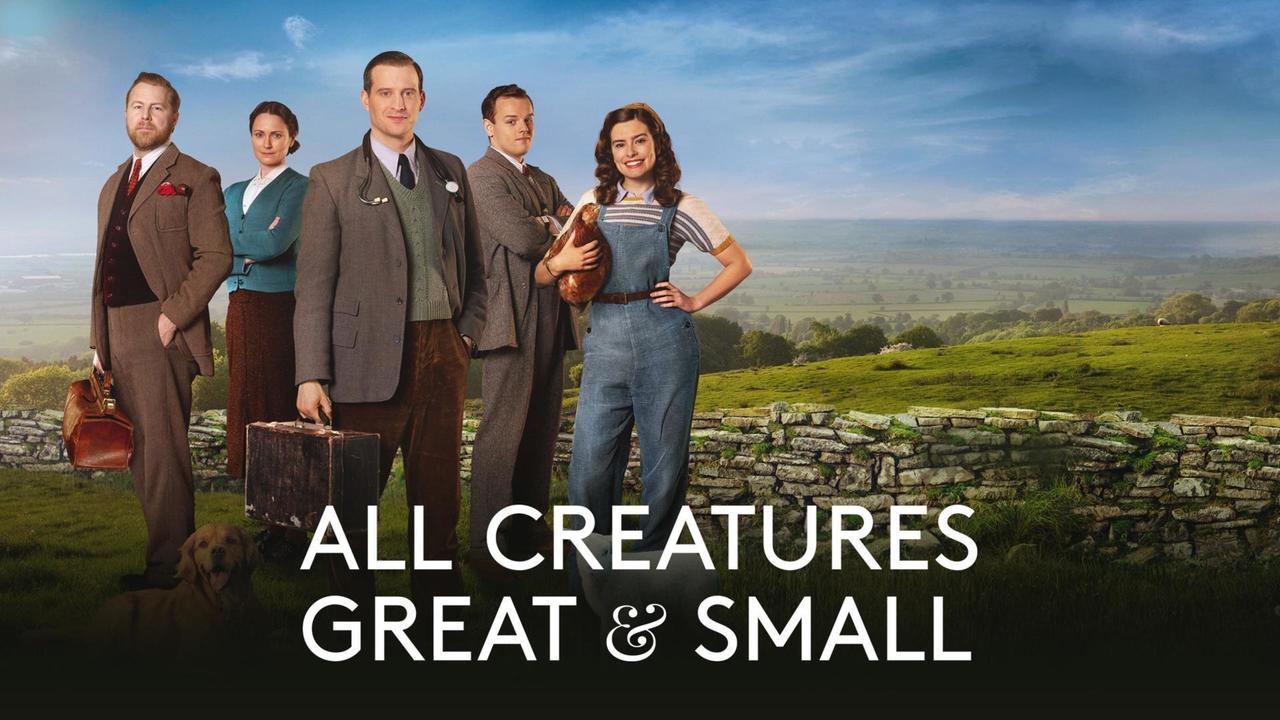 All Creatures Great and Small (Binge)
James Herriot’s adventures as a veterinarian in 1930’s Yorkshire get a glorious new adaptation in a seven-part series based on his beloved books. Exciting newcomer Nicholas Ralph will make his television debut as the iconic vet who became renowned for his inspiring humor, compassion and love of life.
Available: Jan. 10, 2021 – Jan. 10, 2024

Episode 1
James Herriot interviews for a job with harried Yorkshire veterinarian Siegfried Farnon. His first day is full of surprises.

Episode 3
James is put to the test with an ailing racehorse. Tristan faces a familiar temptation. Siegfried angles for a prestigious client.

Episode 5
James volunteers to be the official vet at the Darrowby Show. His ordeals include an ethical plight involving Helen’s bull.

Episode 6
Defying Siegfried, Tristan coaxes James to try a risky procedure to save a stricken cow. Then James gets a shock from Helen.

Episode 7
Siegfried hosts a Christmas eve party, with an even bigger event to follow the next day. Helen accompanies James on an emergency house call.

NOVA | Secret Tunnel Warfare
During World War I, the Allies and Germans repeatedly struggled to break the hideous stalemate of trench warfare. In the winter of 1916, Allied engineers devised a massive surprise attack: over 1 million pounds of explosives hidden in secret tunnels driven under German lines. Building the tunnels was desperate work, with tunnelers at constant risk from flooding, cave-ins, and enemy digging teams.
Expiration Date: Jan. 5, 2021

Nature | Elsa’s Legacy: The Born Free Story
2010 marks the 50th anniversary of the publication of "Born Free" -- the book and then a film that changed forever the way we think about wildlife.
Expiration Date: Jan. 8, 2021

American Experience | Into the Amazon
Into the Amazon tells the remarkable story President Theodore Roosevelt’s journey with legendary Brazilian explorer Cândido Rondon into the heart of the South American rainforest to chart an unexplored tributary of the Amazon.
Expiration Date: Jan. 8, 2021