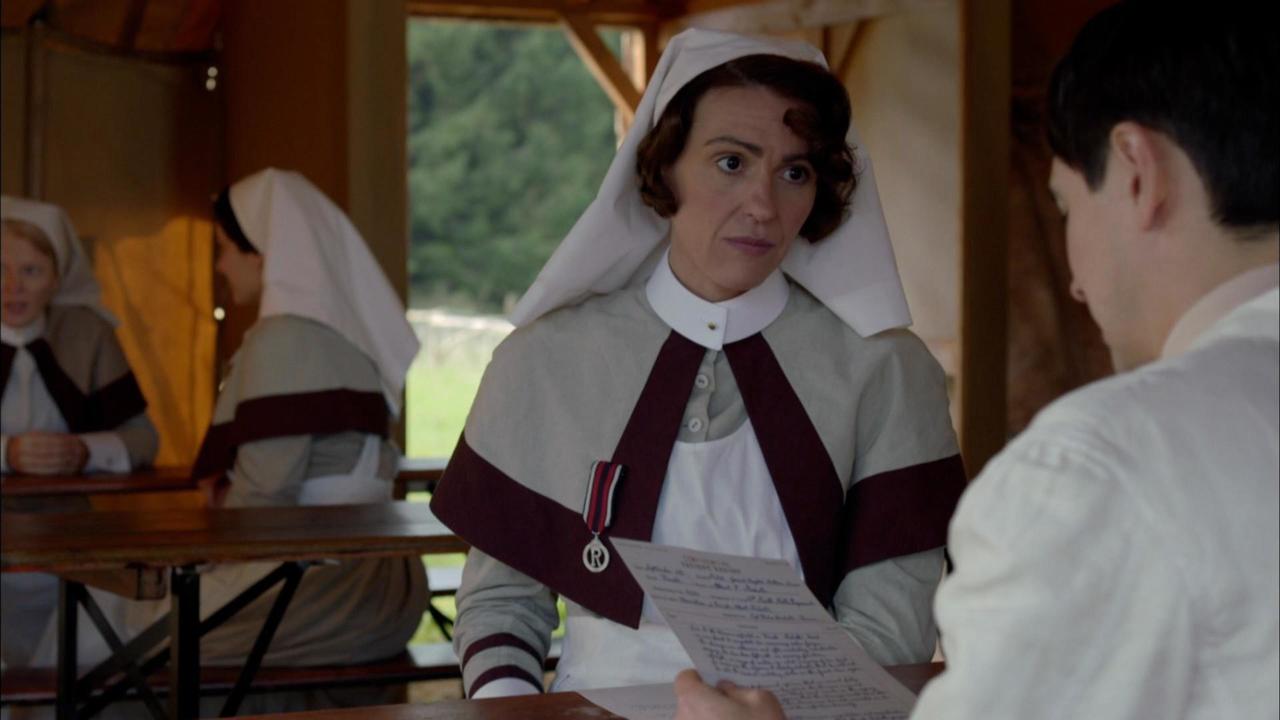 Last Tango in Halifax | Season 3 Episode 5
(As a reminder, episodes of Season 3 are being made available in Passport 30 days before they rebroadcast.)
Caroline is relieved to find that Greg is a natural with Flora and a positive influence on Lawrence. Alan begins to distance himself from Gary, while Gillian discovers that their private family matter has just gone public.
Available July 3 – Aug. 16, 2020

The Crimson Field | Episode 3
Thomas wrestles with a growing attraction to Kitty, a terrified patient faces court martial and Sister Joan reveals a dark secret to one of her patients.
Expiration Date: July 5, 2020

Endeavour | Ride
A fair turns sinister when young Jeannie Hearne is found brutally murdered. Morse isn’t part of the investigation; he’s suspended from duty, pending an inquiry. When Jeannie’s body turns up near his doorstep, he begins his own covert investigation.
Expiration Date: July 9, 2020

Endeavour | Arcadia
The death of an artist in a house-fire leaves Oxford police baffled. Then, when a young housewife dies seemingly of a mysterious “tummy bug” that has sickened half the police force, Morse’s investigation leads him to an inner-city supermarket.
Expiration Date: July 9, 2020

Endeavour | Coda
Recruited by a college mentor to monitor the movements of his estranged younger wife, Endeavour finds himself drawn to the woman he is investigating. The grisly murder of a man who works in fashion causes a shakeup in Oxford’s criminal underworld. Meanwhile, Endeavour considers his future on the force, leading to an agonizing conclusion to the series.
Expiration Date: July 9, 2020