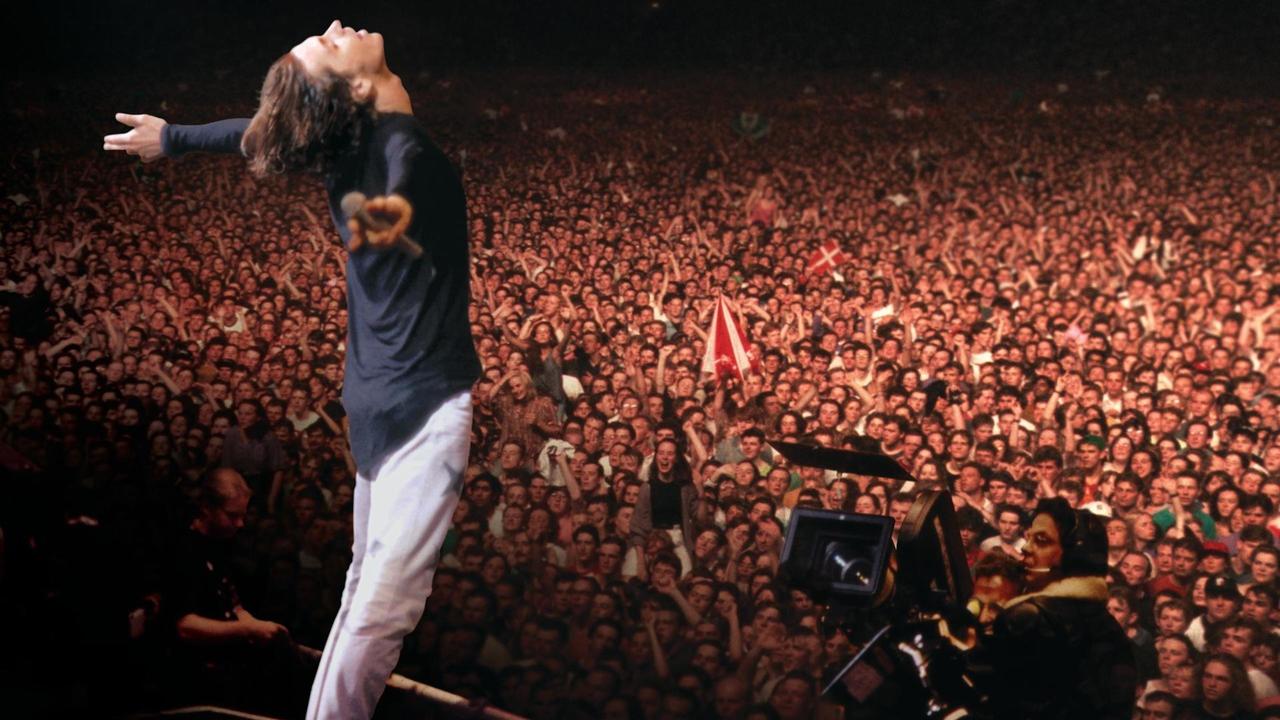 INXS | Live Baby, Live
Experience this stunning concert from London’s Wembley Stadium filmed live in 1991 and fully restored in HD and 4K. The concert captures the Australian rockers at their peak, performing before a sold-out crowd of 72,000 wildly enthusiastic fans.
Available June 1 – June 29, 2022

Iconic Women of Country
Join Kathy Mattea, Trisha Yearwood, Wynonna Judd and more as they pay tribute to the legends who inspired them. From Dolly to Tammy to Patsy to Loretta, this is an intimate look at iconic female artists and their timeless music.
Available June 1 – June 29, 2022

Somewhere South | Season 1
Host and award-winning chef Vivian Howard digs deeper into the lesser-known roots of Southern food, Southern cooking, and Southern living. Each episode of “Somewhere South” explores the connectivity of a single dish, and the ways people of different backgrounds interpret that dish while expressing the complex values, identities, and histories that make up the American South.
Available: June 1 – March 1, 2023

American Experience | George W. Bush Parts 1 & 2
The latest in our award-winning series of presidential biographies, this film looks at the life and presidency of George W. Bush, from his unorthodox road to the presidency to the terrorist attacks of 9/11 and the myriad of challenges he faced over his two terms, from the war in Iraq to the 2008 financial crisis.
Available June 2 – May 3, 2023

Nature | Spy in the Wild: The North
Travel to the Northern Hemisphere, where the spy creatures learn how animals move, feed and fight. A spy hummingbird films millions of butterflies, and a spy squirrel winds up in a battle. A spy beaver observes other beavers building dams.
Available June 5 – May 6, 2021

The Molecule that Made Us | Crisis
'Crisis' examines how the planet’s changing water cycle is forcing us to change our relationship with water.  An increasingly, globalized agricultural industry is turning precious water reserves into profit, “mining” water faster than it can be replaced.  As Chairman Emeritus of Nestle, Peter Brabeck-Letmathe says, “.... the water issue is more urgent than the climate issue."
Available June 4 – May 5, 2026

POV Midnight Traveler
When the Taliban puts a bounty on Afghan director Hassan Fazili’s head, he is forced to flee with his wife and two young daughters. Fazili shows firsthand the dangers facing refugees seeking asylum and the love shared between a family on the run.
Expiration Date: June 27, 2020

The Crimson Field Episode 2
The hospital readies for a convoy of new patients. With resources stretched, Sister Joan sees a chance for the volunteers’ skills to be put to good use, but Sister Margaret doesn’t think they’re ready to take on new responsibilities.
Expiration Date:  June 28, 2020