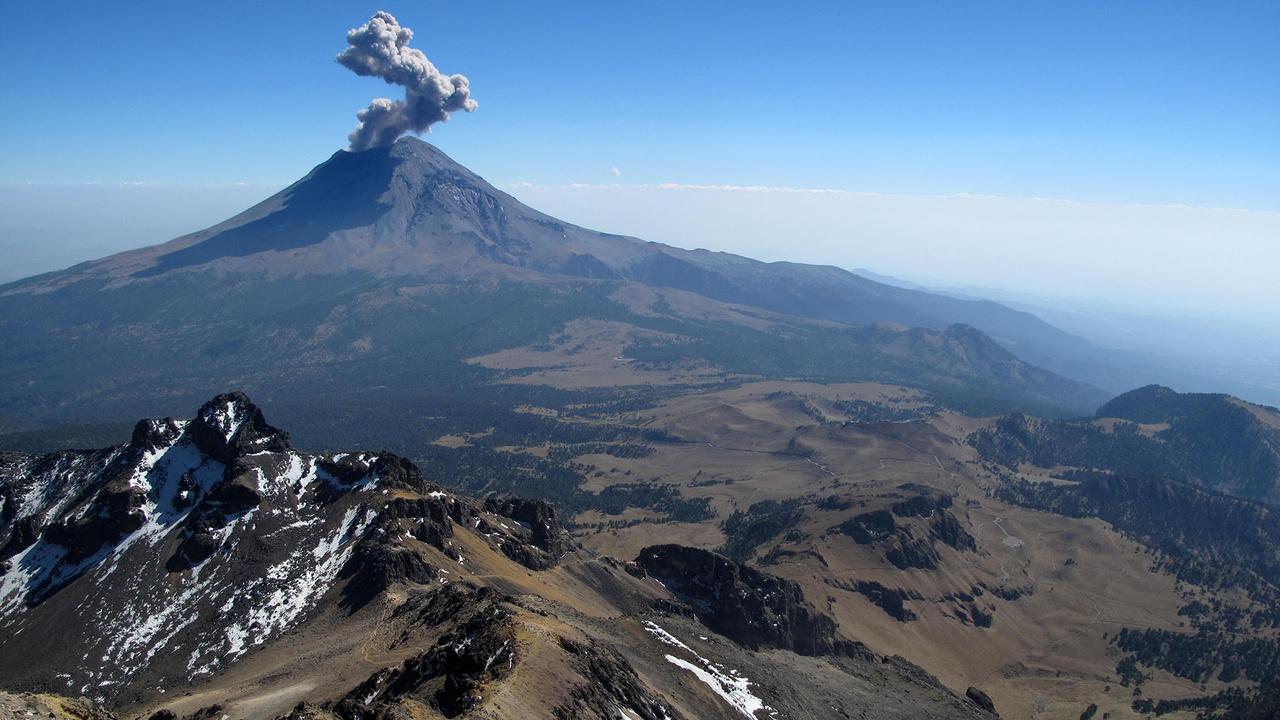 Mexico is a vast country, dominated by a great chain of mountains, the Sierra Madre. Journey down this rocky spine and you'll discover an amazing diversity of life and culture. In the far north, secret mountains worlds provide a stronghold for Mexico's black bears, while a violent tectonic past has created the grandest canyon of them all -- the Copper Canyon. These spectacular vistas have been home to the Raramuri for over two thousand years, shaping their life in this precipitous landscape. Travel south and the temperate and tropics collide. Magical oak forests thrive alongside orchids, creating a paradise for orchid bees. Mexico's volcanic heartland is home to restless giants. Their ash helps fertilize the soils, making this one of the most productive and inhabited regions of the country. Mexico's famous export, Tequila, is produced in the shadow of these ancient volcanoes. Great civilizations rose and fell here too, leaving behind abandoned temples for a band of coatis to make their home. In the far south, the Sierra Madre catches moisture coming in from the Pacific Ocean. Rich cloud forests host some rare creatures, including one worshipped by the Aztecs -- the resplendent quetzal. Some of Mexico's mountain worlds are so inviting they compel creatures to journey thousands of miles to reach them. Every year millions of monarch butterflies overwinter in the fir forests of central Mexico. Their arrival coincides with Mexico's most spectacular festival -- the Day of the Dead.