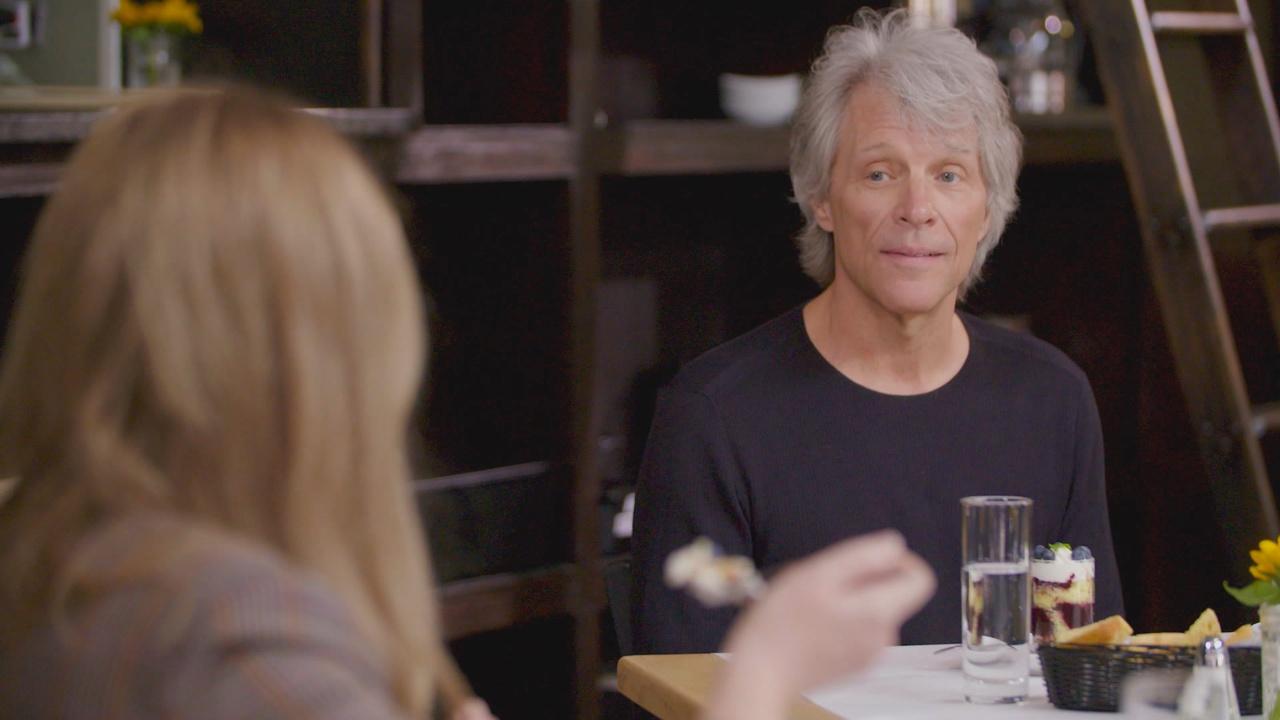 Jon Bon Jovi is a musical icon and the voice of a generation. Born in New Jersey, Jon is the lead vocalist for the Grammy award-winning rock band, Bon Jovi, formed in 1983. Bon Jovi has performed more than 2,700 concerts in over 50 countries for more than 34 million fans. After a lifetime of being a true rockstar, his work has lead him to philanthropic efforts in his home state of New Jersey with the Jon Bon Jovi Soul Foundation. Over a nourishing meal in his home state at Soul Kitchen, Jon shares the hard-earned wisdom of a life on stage and how his journey has truly come full circle.

Watch To Dine for with Kate Sullivan - Clips, Episodes & Previews

Future Broadcast times for "To Dine for with Kate Sullivan": (show all)