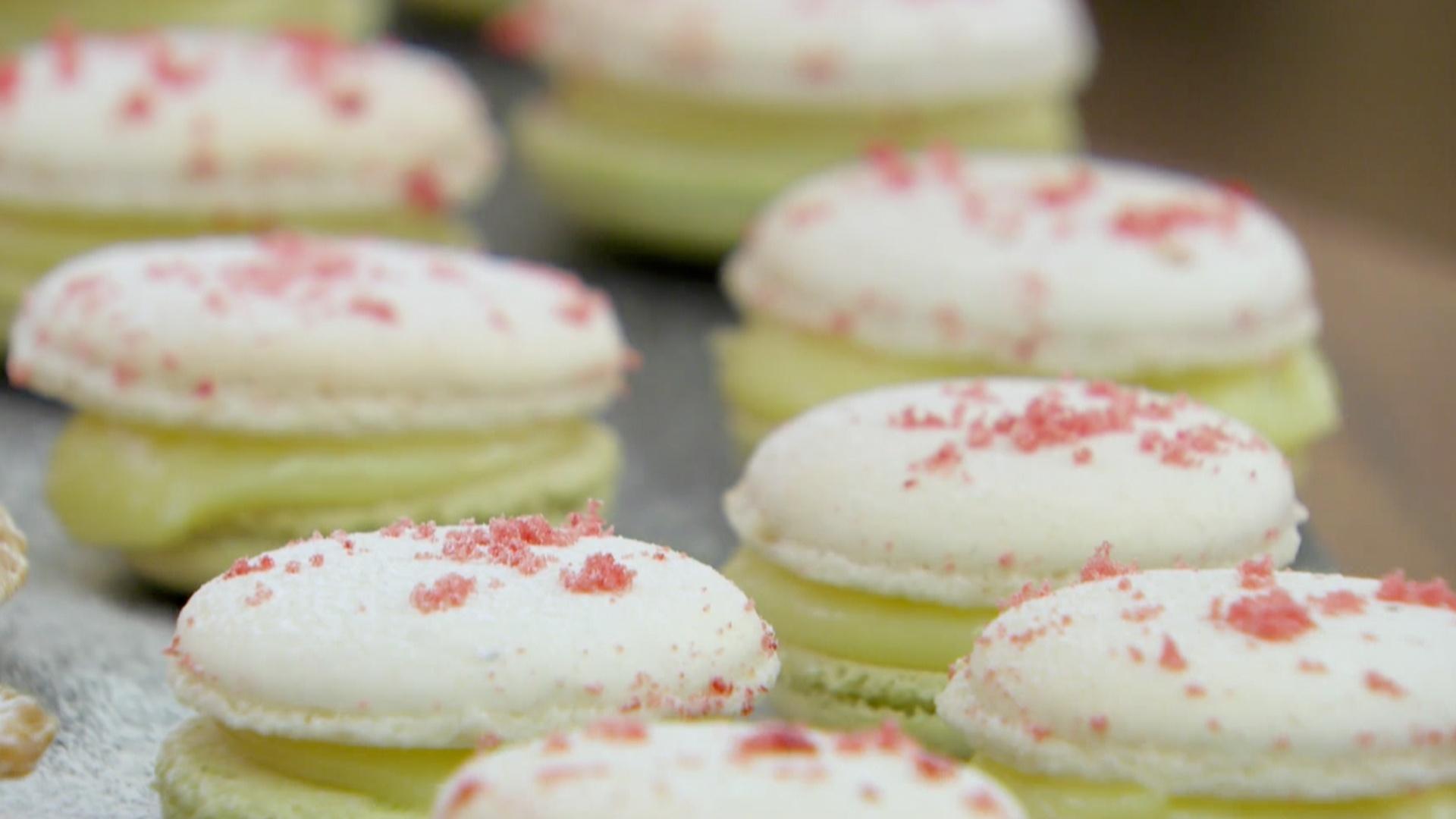 There are only four bakers left vying for a place in the much sought after final of The Great British Baking Show, and the weight of the occasion is getting to even the most unflappable of the bakers. Each baker frantically works against the clock to deliver petits fours to Paul and Mary's exacting standards, and one of the hardest technical bakes ever seen on the Baking Show finds two of the bakers left watching their fraisier cakes collapse. It's possible to hear a pin drop in the kitchen as the bakers pull out the stops for their showstopping choux gateaus. Paul and Mary think they've seen it all, until they are presented with a tribute to the Tour de France.