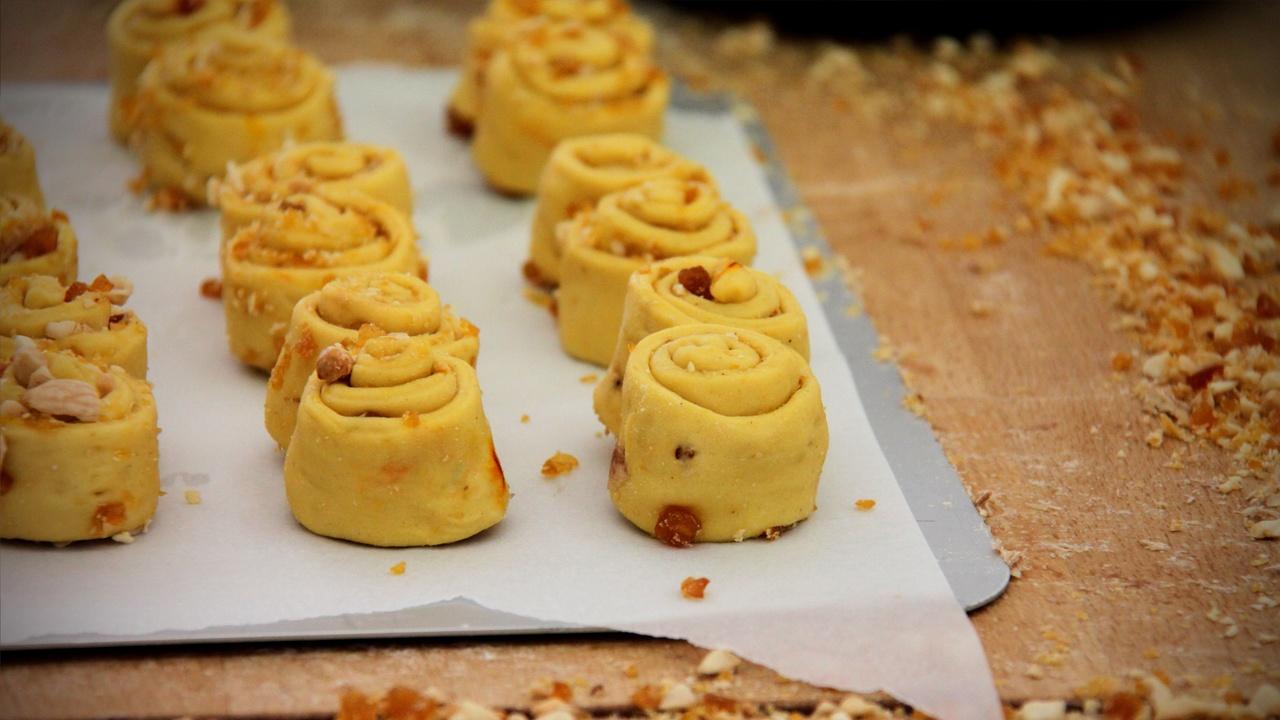 Watch the bakers work with sweet dough, making tea loaves that are connected to home, and 36 sweet European buns, from Swedish cinnamon buns to German schnecken and French brioches. They also face Paul's most twisted Technical challenge yet.