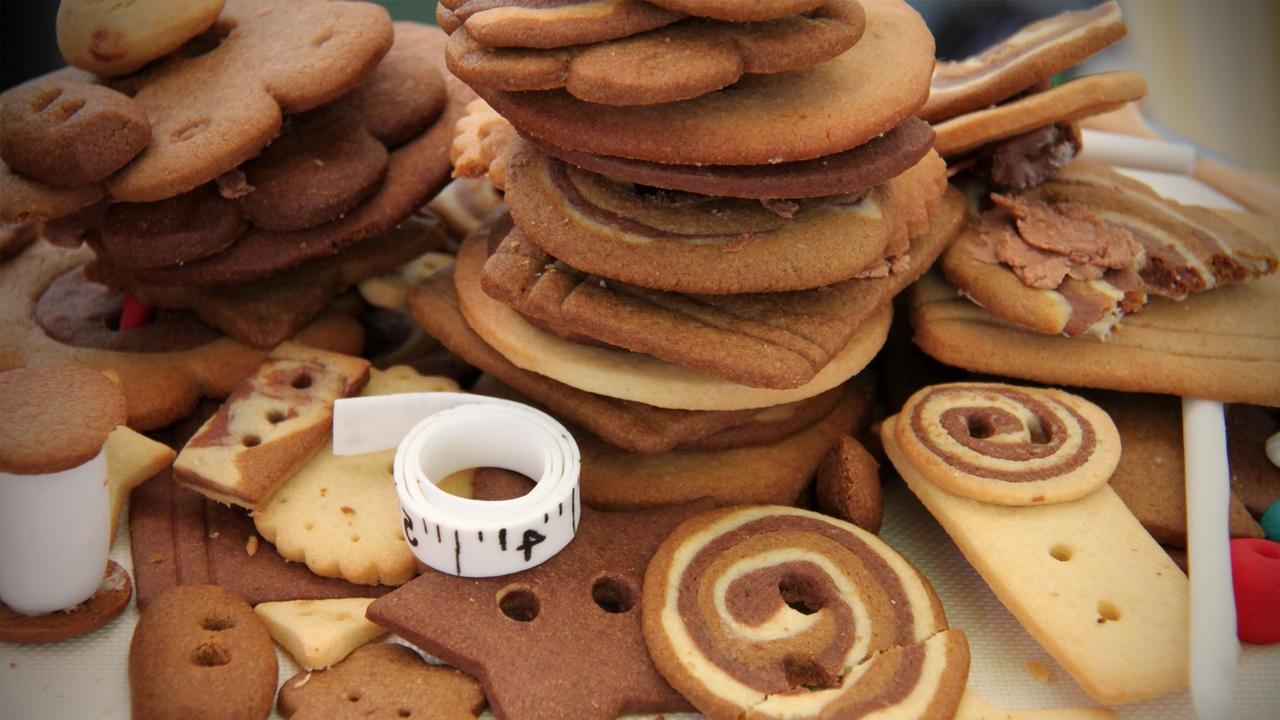 Join eight bakers as they produce favorite traybakes, offering twists on everything from bakewells to banoffees and brownies. The Technical challenge is a French classic-tuiles. For the Showstopper, they construct biscuit towers of epic proportions.