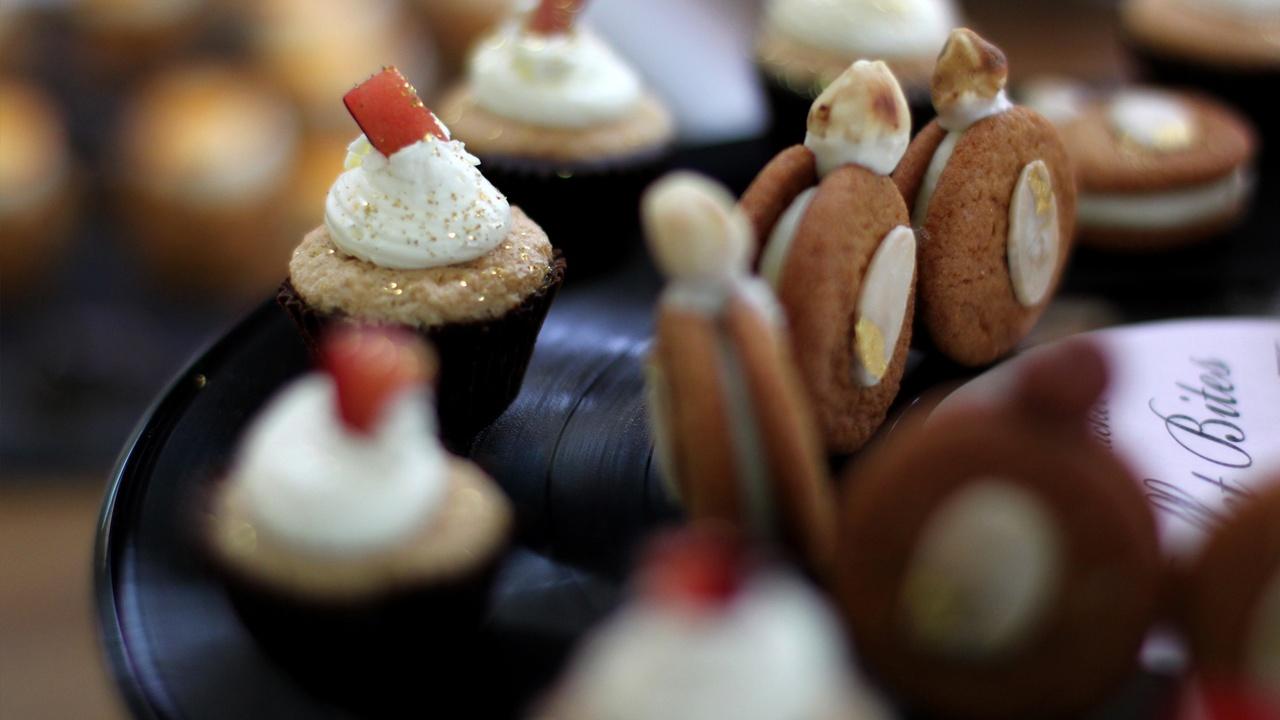 Follow the remaining 11 bakers as they deal with desserts: a trifle of biscuit, cake, jelly or custard in distinct layers; perfect Floating Islands; and a Showstopper of 24 petits fours. For the first time, there's a baking burglary in the tent!