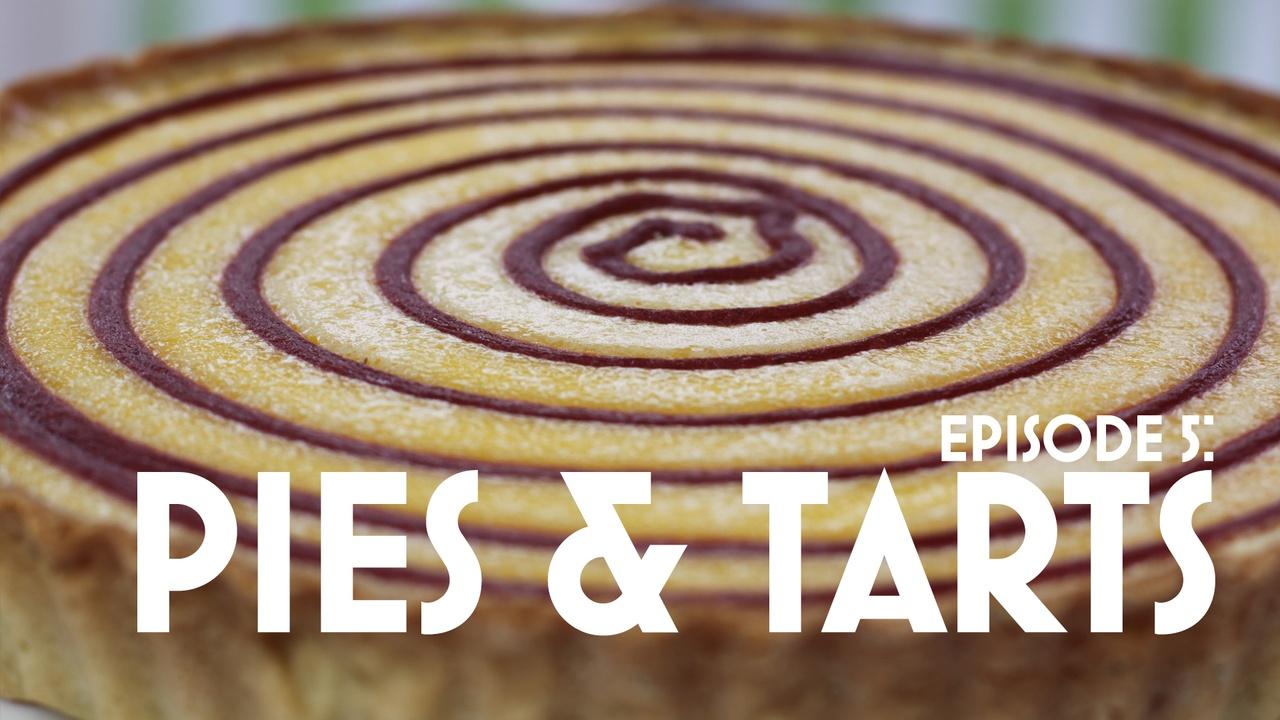 Almost half-way through the baking competition, the remaining bakers face pies and tarts. Custard tarts are their Signature challenge, followed by mini pear pies - one of the more unusual Technical challenges in the competition tent. Finally, contestants battle their biggest bake yet: three-tiered pies. The Showstopper allows them only four hours to create a towering collection of pies.