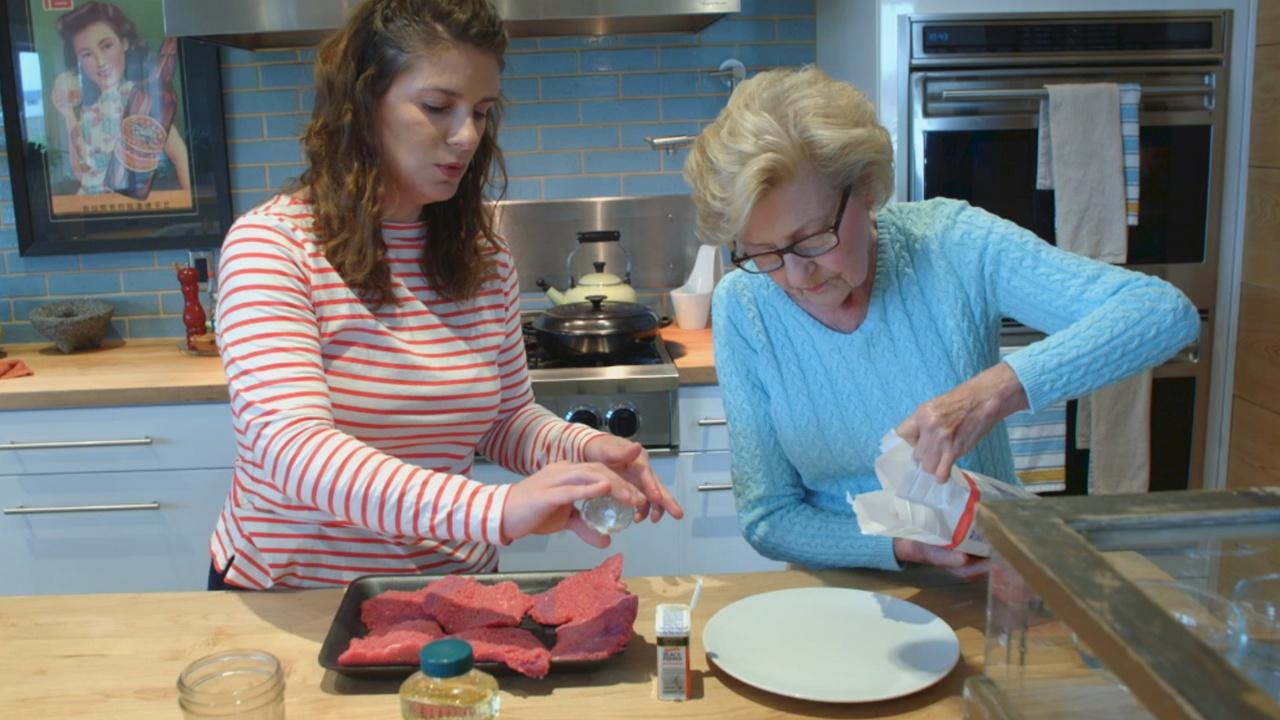 Find out how Vivian's whole-cow program, after some initial hiccups, finds its groove. Mrs. Scarlett makes a classic cubed steak, inciting an epic tantrum from Flo. Vivian heads to New York to meet her new editor as work on her cookbook continues.