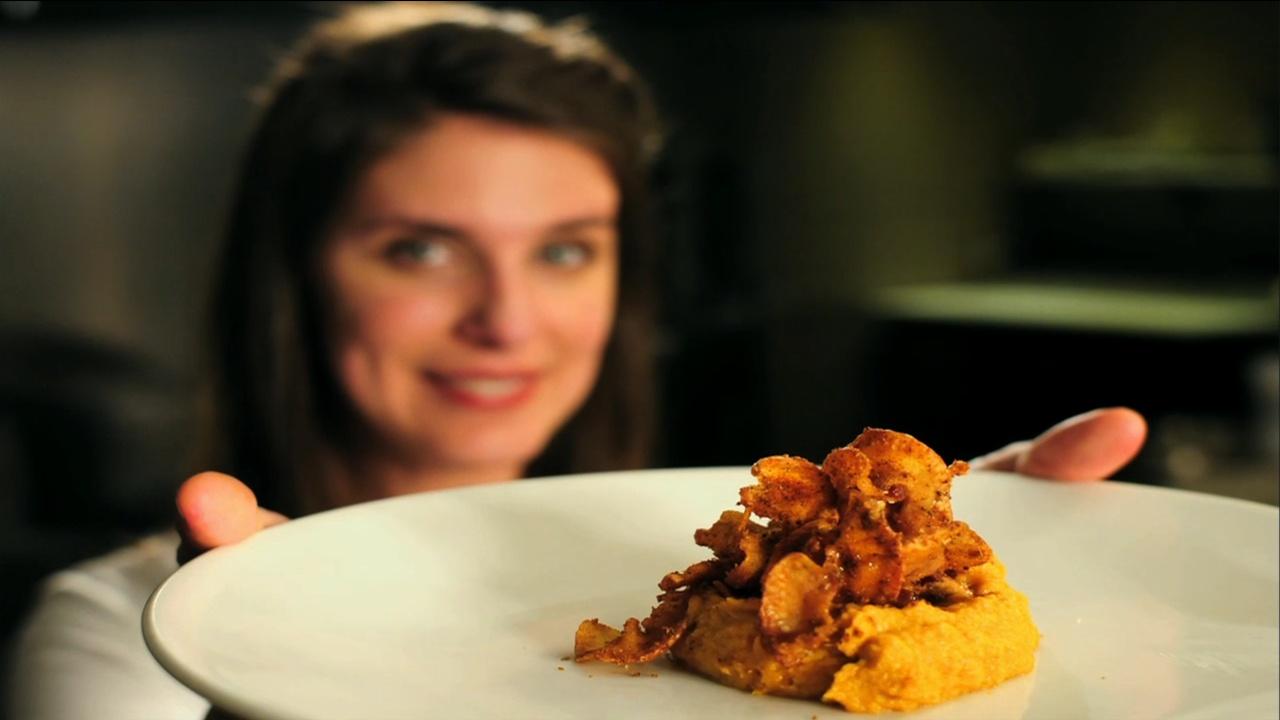 Vivian goes about christening the restaurant's new "whole animal, no waste" program with two little pigs from Warren Brothers' farm. She uses everything - including the skin - and, on her father's recommendation, demonstrates how to make sweet potatoes with cracklins.