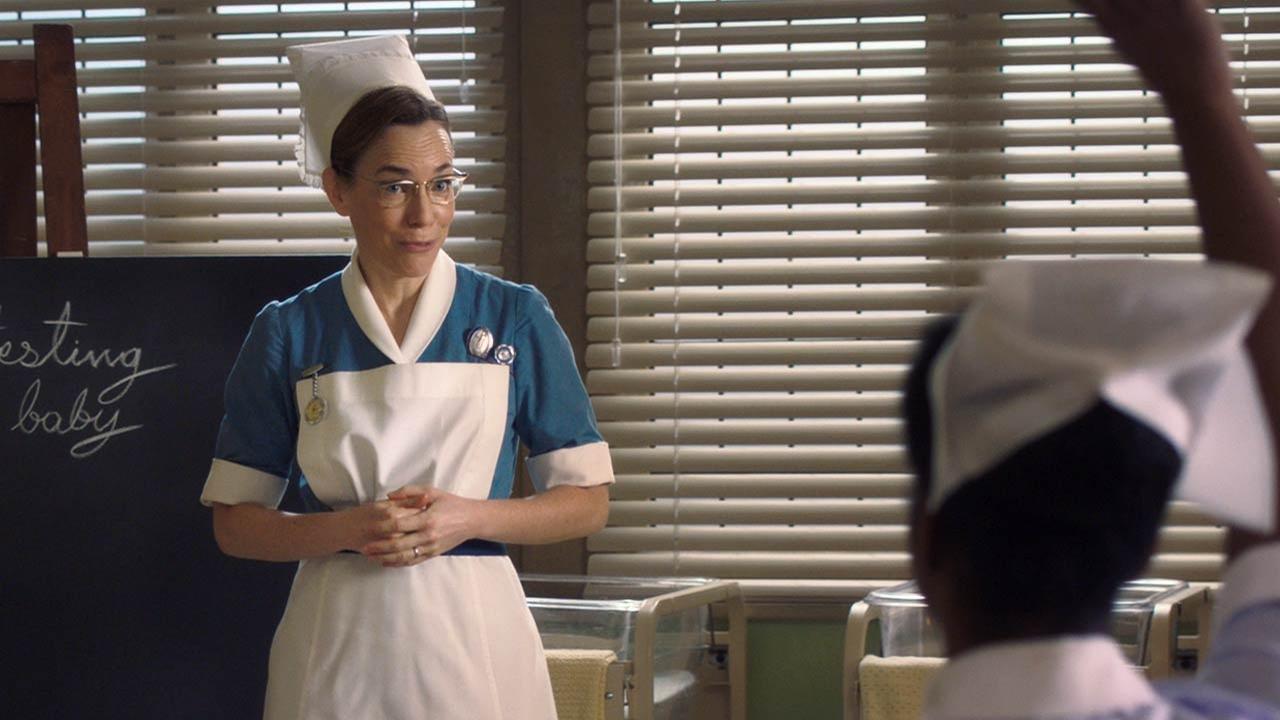 With Sister Hilda away on a refresher course, Sister Julienne steps in to carry out home visits. The new Pupil Midwives settle in. An overly protective mother struggles to cope with her daughter's teenage pregnancy and frustrates Pupil Midwife Nancy.

About Call The Midwife:

This moving, intimate, funny and true-to-life series, based on the best-selling memoirs of the late Jennifer Worth, tells colorful stories of midwifery and families in London's East End in the 1950s.

Jenny Lee, a young woman raised in the wealthy English countryside, has chosen to become a nurse and now, as a newly qualified midwife, has gone to work in the poorest area of the city.

Attached to an order of nursing nuns at Nonnatus House, Jenny is part of a team of women who minister to expectant mothers, many of whom give birth at home in appalling conditions.

The drama follows Jenny as she meets her patients and learns to love the people who live in the East End.

Preview: A Look Back at Call the Midwife

A Look Back at Call the Midwife

Future Broadcast times for "Call The Midwife": (show all)