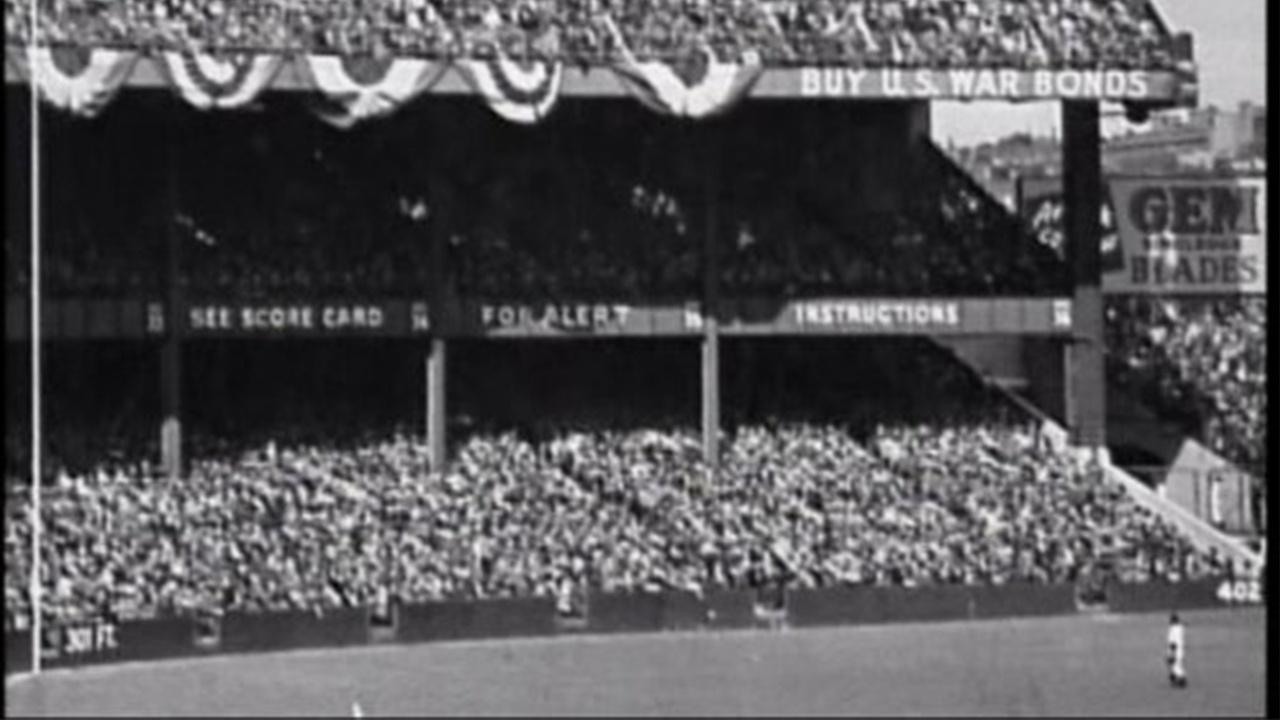 The sixth "inning" leads off with the baseball season of 1941, one of the most exciting of all time. Joe DiMaggio hits in 56 straight games, the longest hitting streak in history. Ted Williams becomes the last man to hit .400. The Brooklyn Dodgers win their first pennant in 20 years. Then the war intervenes and baseball's best players become soldiers. On their return, the game - and the entire country -- are changed forever: Branch Rickey integrates baseball on April 15, 1947, when Jackie Robinson takes the field for the Brooklyn Dodgers. Baseball finally becomes what it had always claimed to be: America's national pastime.