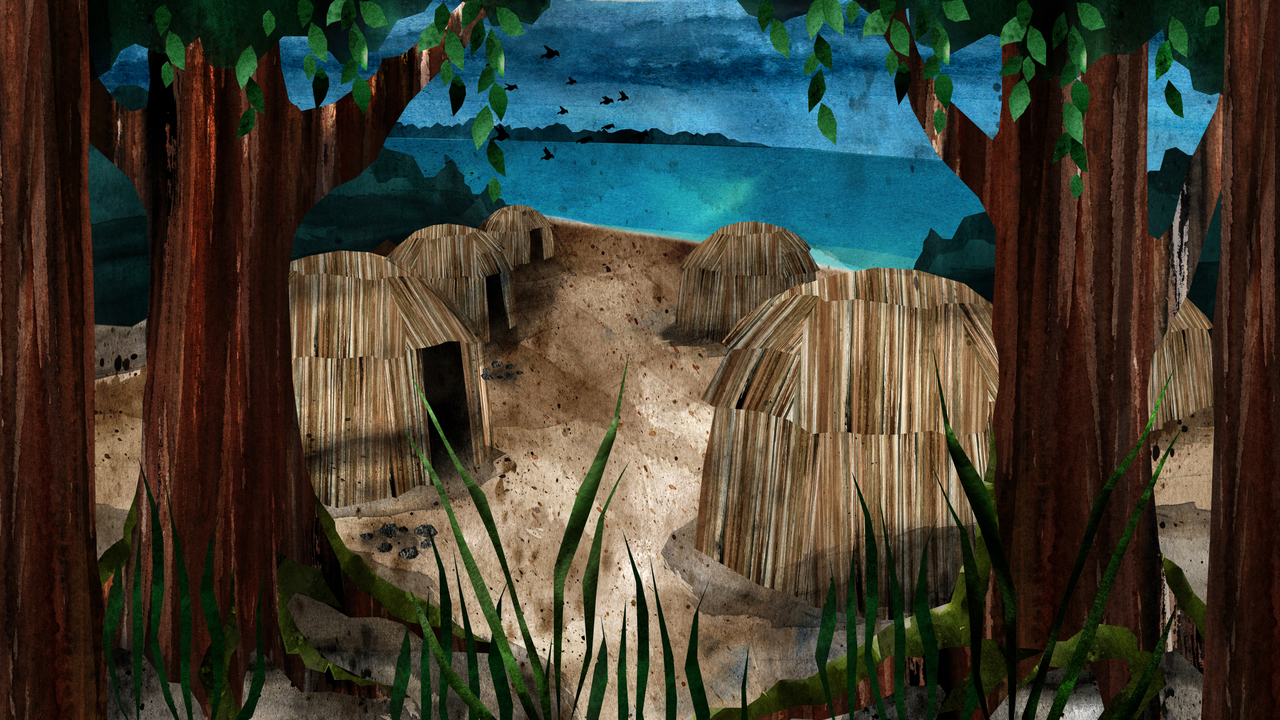 An idea was sparked when longtime reporter Jim Smith was digging into his family’s genealogical history. He was writing a proposal for a documentary about his family ties with the Pilgrims aboard the Mayflower, and was learning that Peregrine White, the first English baby born in Plymouth Colony, was indeed his eighth great-grandfather. But the real ‘ah-ha’ moment came when Smith turned the pages of history back a chapter. He uncovered a story that many Indigenous Peoples know but remains mostly untold.

“My curiosity ignited when I was researching my family history and the Pilgrims, but then I started wondering what was happening to the Indigenous Peoples at that time,” says Smith. “I would come upon writings of a plague and a sickness that struck the Indigenous communities right before the establishment of Plymouth Colony, and I thought that this is an even more important story to tell.”

That’s when the course of the documentary narrative took a turn.

As bits of information started to surface, questions emerged. Why did the vibrant community of 1616 Patuxet, now known as Plymouth, Massachusetts, seem to all but disappear by 1620, when the Mayflower set anchor in the harbor? What happened to all the people?

Years prior to the arrival of the Pilgrims, it’s believed, early European traders carried a plague ashore. It moved from north to south along the coast of what is now New England. The plague killed upwards of 90 percent of the Indigenous population.

“When you lose almost an entire race of people due to an invisible disease, you lose the underpinning of your community,” says Chief Don Stevens of Vermont’s Nulhegan Band of the Coosuk-Abenaki Nation. “It wiped out entire villages. It took away so much knowledge and so much culture.”

While the stories of the Great Dying are well known within Indigenous communities, barely a whisper of this part of our history makes it into today’s classrooms. “Some of it was intentional. History has been really white-washed and softened up,” says Mashpee Wampanoag Tribal Nation member David Weeden.

“There are echoes of the Great Dying that resonate right up to the present day,” says NHPBS producer Phil Vaughn. Amid the current COVID pandemic, both Smith and Vaughn found themselves wondering what would have happened if there was a vaccine back then, and how would history have been changed?

“Here we are 400 years later, and we’re being confronted with this illness for which there’s no known source or cure, and treatments are just falling short. People are dying,” continues Peters. “It is very much reminiscent of what I have read about in history and that happened to our people.”

“Education has always been the foundation of all our local programs,” says Dawn DeAngelis, NHPBS Vice President and Chief Content Officer. “When we discover a little-known piece of history that could offer insight into today’s struggles, we owe it to our audience to tell that story.”

During one of the interviews with Paula Peters, Vaughn recalls that she made an important point. “Jim, I don’t hold your ancestors responsible for this, but I hold you responsible for the future,” said Peters. “She was tying in Jim’s genealogical roots and making sure that the stories of the Native Americans are told in a complete and accurate way,” says Vaughn.

“As a Mayflower descendant, I felt compelled to learn the whole story of the Great Dying and a sense of duty to share it,” says Smith.

This is the story of New England before the colonizers arrived. It’s a new chapter of our collective history that is only the beginning of what we are learning about the past, present and future of coastal America’s Indigenous Peoples.

You can watch SURVIVING NEW ENGLAND’S GREAT DYING on Thursday, November 18th at 8 pm on New Hampshire PBS and online at nhpbs.org/greatdying.