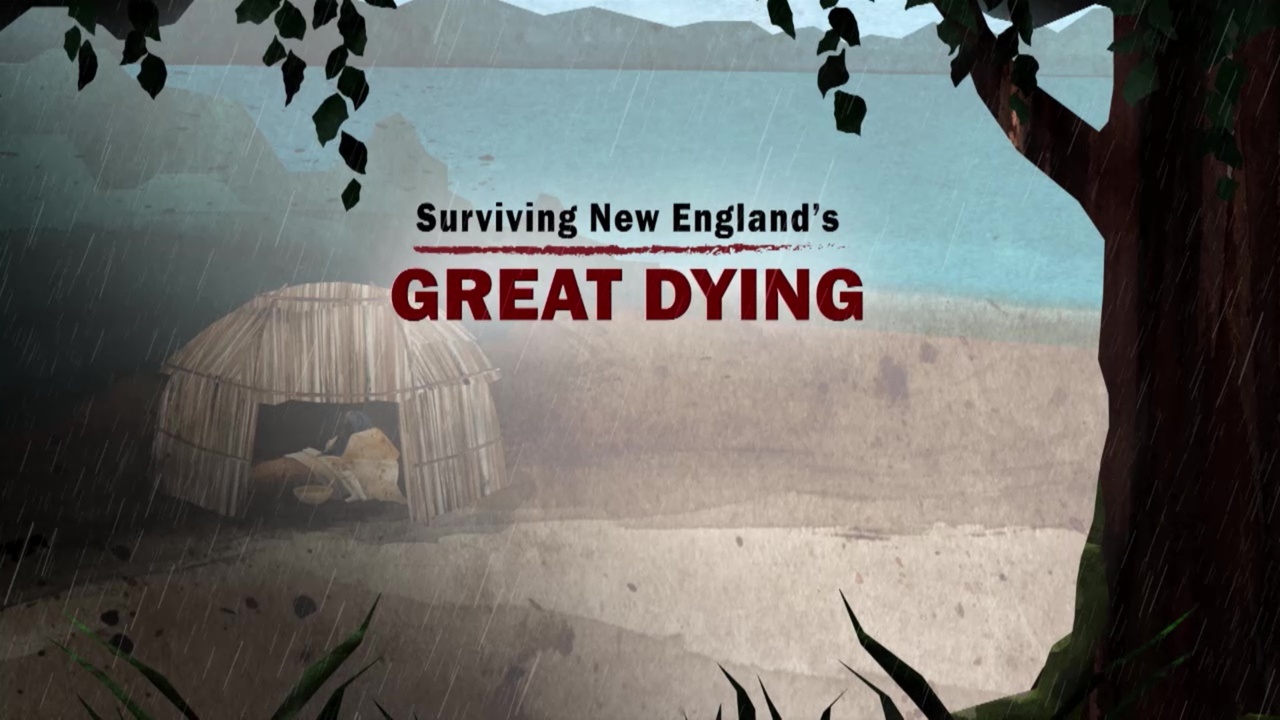 (DURHAM - October 21, 2021) - As the Mayflower approached the shores of Patuxet in 1620, the waters were teeming with fish, and the woods were full of game. But onshore an entire settlement was abandoned by its inhabitants. It’s a dark chapter of our past, rarely mentioned in history books.

Just prior to the Pilgrims’ arrival at what is now Plymouth, Massachusetts, a mysterious plague moved from north to south, killing coastal Indigenous Peoples. It’s believed that early European traders carried the plague ashore. It killed upwards of 90 percent of the indigenous population. “When you lose almost an entire race of people due to an invisible disease, you lose the underpinning of your community,” says Chief Don Stevens of Vermont’s Nulhegan Band of the Coosuk-Abenaki Nation. “It wiped out entire villages. It took away so much knowledge and so much culture.”

“On this site, which was Patuxet, there were about 2,000 people living here in 1616. There were zero people living there in 1620 when the Mayflower showed up,” says Owen Stanwood, a Boston College history professor. “Communities were decimated by this plague. This illness was devastating to the indigenous population. There was a 90 percent fatality rate,” says Jade Luiz of the Pilgrim Hall Museum.

History repeats itself for Paula Peters and her fellow members of the Wampanoag Tribal Nation. Her ancestors lived in Patuxet, and their settlement was perhaps hardest hit by the 1600s plague. Now, like the rest of us, they deal with COVID.

"Here we are 400 years later, and we're being confronted with an illness that there's no known source or cure for, treatments are just falling short and people are dying. It was very much reminiscent of what I had read about in history that happened to our people," says Peters.

This is a rarely told story of death on a massive scale, but it is also a story of survival – then and now.

Vaccine hesitancy is a fact of life for some Native Americans. “We know that medicine was weaponized in American history, and we know there was medical experimentation on Native American peoples up until the 20th century,” says Christopher Parsons, an associate professor of history from Northeastern University.

Many tribal leaders are now focused on gaining back that trust. Chief Don Stevens was one of the first Vermonters to get the COVID vaccine. “If you know about the history of the Great Dying it wiped out most of the Native population because we had no defenses against it. We went through it once and survived, and I wanted to give my people every chance that we could to survive this one.”

“I felt really strongly about taking the vaccine, because I felt like I owed it to my next generation,” says Paula Peters. “Imagine if four hundred years ago, the Wampanoag had had a vaccine or some kind of cure for the Great Dying, what a different place we’d be in today.”

Pandemics and plagues are not new to Native American tribes, and despite those challenging times, they survived and are thriving. "Ignorance is like a stone wall, and if you ball up your fists, and you pound against the wall, you'll just walk away with bloody fists,” says Peters. “But if you take the stones down one at a time, you'll start to see the light on the other side. We are still here."