What is Environmental Justice? 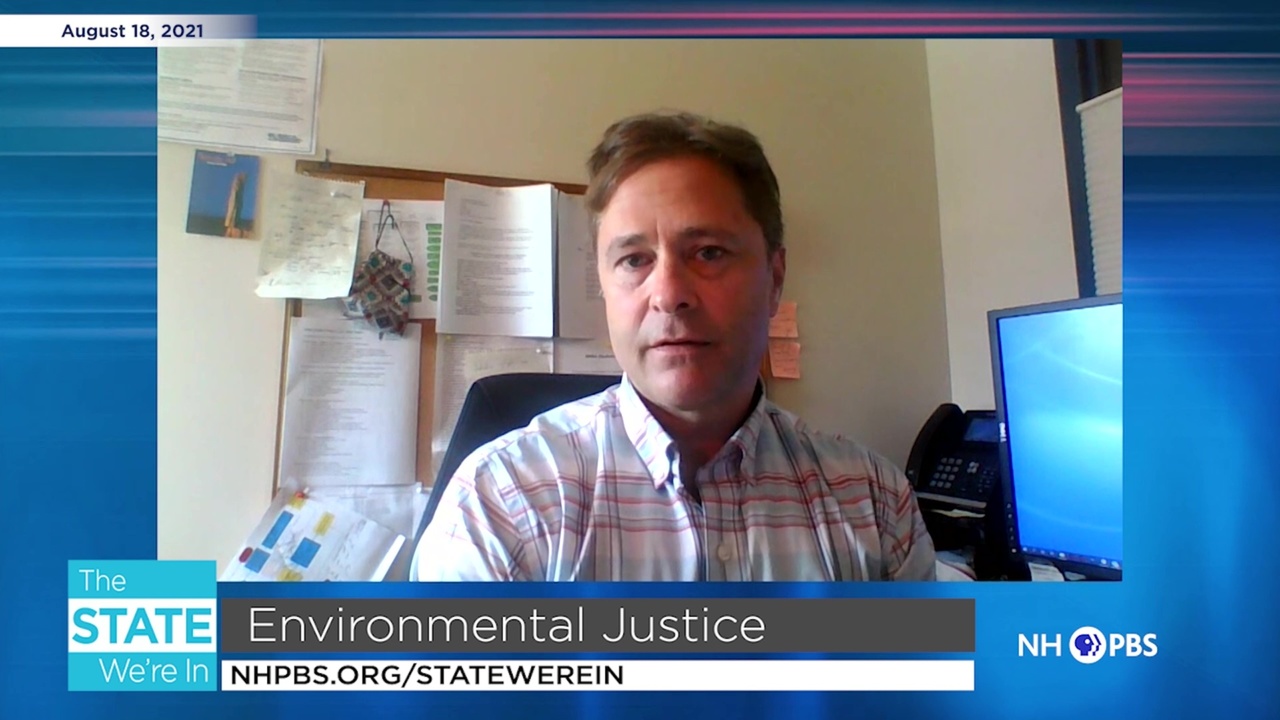 In an age of racial-justice reckoning and political attention on social inequities, environmental justice advocates are hoping to strengthen laws and build community support.

But in New Hampshire, environmental justice statutes that protect vulnerable groups of people burdened by the effects of development, or those lacking environmental benefits such as greenspace or clean air, do not exist.

The concept of environmental justice emerged in the United States in the 1980s and has two distinct uses. The more common usage refers to a social movement by which fairness is addressed regarding environmental burdens and benefits.

The other use refers to an interdisciplinary body of social science literature that includes theories of the environment and justice, environmental laws and their implementations, as well as environmental policy and planning, and governance for development and sustainability.

“I didn’t know what environmental justice was until I was able to meet Doctor Wing and see these issues in real life.”

Today, Aytur, an epidemiologist by training, considers environmental justice to be her favorite and most important public health issue.

Professor Wing, who died in 2016, specialized in public health and occupational safety. It was his research on Concentrated Animal Feeding Operations (CAFOs) that opened Aytur’s eyes to the intersections between public health, race, wealth equity, and the environment.

“He was one of the first academics to work with an environmental justice group called the Concerned Citizens of Tillery in North Carolina,” Aytur said.

Concerned Citizens of Tillery was a community of African American residents focused on understanding the environmental and health risks associated with CAFOs. Wing’s research focused on hog farms and revealed that the water, air, and the quality of life for those living nearby, had been degraded.

“The worst thing I remember is the smell driving by these places, sometimes even 10 miles away,” Aytur said. “There’s one thing I’ll never forget. Before I knew what the smell was I had stopped for gas and I asked about it. The guy at the gas station said, ‘that’s the smell of money...the smell of someone else’s money. These are farms that are making people who don’t live here really, really rich.’”

This observation stuck with Aytur and served as an example of how environmental health issues are related to social and economic inequities.

“More members of the mainstream medical community started taking the issue more seriously after this research,” Aytur said. “It was a turning point from a community organizing perspective.”

In 2009-2010, Aytur collaborated with Ammie Jenkins, Director of the Sandhills Family Heritage Foundation in Spring Lake, N.C., on a “PhotoVoice” project, used to explore relationships between health issues (such as diabetes) and rural/agricultural economics, from the perspective of community members.

The project utilized a strengths based approach in the Spring Lake community, where the leading causes of death–heart disease, cancer, chronic lower respiratory diseases, stroke, and diabetes–had a 32.4% prevalence rate compared with the state’s 22% rate.

Aytur was also part of a PhotoVoice project in Manchester in 2012 funded by the Robert Wood Johnson Foundation and another in 2018. The 2012 study, which focused on refugee resettlement neighborhoods in Manchester’s “East” and “West” sides found higher rates of chronic diseases compared to city-wide and statewide rates. In those areas, at the time, 23%-36% of the population was below the federal poverty level.

Aytur says the 2018 PhotoVoice study was conducted with older adults in the greater Manchester region.

“They mentioned a lot of interesting issues pertaining to transportation and greenspace as well as services for persons with disabilities,” she says, adding that this study will “hopefully” be published in an academic journal soon.

The purpose of the executive order was to focus federal attention on the environmental health effects of federal actions on minority and low-income populations with the goal of achieving environmental protection for all communities.

Another environmental justice executive order was signed in Jan., 2021, by President Joe Biden. The Justice40 initiative seeks to direct 40 percent of his administration’s climate and clean energy investments to disadvantaged communities.

Vice President and Director of the Conservation Law Foundation in N.H., Tom Irwin, says he is aware of environmental justice in his practice largely because of the National Environmental Policy Act (NEPA), enacted in 1970.

But Irwin says NEPA, which created the requirement for environmental impact statements,  has never been adequate when addressing the wide range of issues facing communities of color and other low-income populations.

“Environmental justice is designed to determine whether communities have been disproportionately  impacted or burdened by proposed development and whether these communities are receiving a fair proportion of environmental benefits,” he said.

The problem with NEPA, he explained, is that--while it forces analysis-- it does not mandate substantive outcomes for those communities most in need.

A major part of protecting at-risk groups involves determining a balance of burdens and benefits for communities. And according to Irwin this begins with asking the appropriate questions.

“If a new highway is being built, where is it being built? Is it going through a poor community? Subjected to poor planning? Is this one more burden added to that community?” Irwin asks, adding that other questions involve assessing what benefits this community has, such as access to green spaces, clean water, clean air, and access to public transportation.

Irwin cited a permit appeal of an expansion at the Turnkey Landfill in Rochester that demonstrates the need for an EJ statute in New Hampshire.

Turnkey is a subsidiary of Waste Management and operates New Hampshire’s  largest landfill on a 1,338-acre site along Rochester Neck Road in the Gonic area of Rochester.

“Our view was that DES had not adequately assessed equity issues associated with this. But that claim in our appeal was dismissed on grounds that it’s a policy without real legal effect,” he said.

Stacy Rubin, CLF Vice President for Environmental Justice in Boston, concurred with Irwin’s assessment of environmental justice in New Hampshire, saying that the closest thing to a statute in the state are equity policies adopted by the New Hampshire Dept. of Environmental Services in the ‘90s.

“Unfortunately these policies have no real legal effect and frankly we have not seen them influencing whether projects get permitted or not.”

“The real issue is that there is no EJ statute in NH,” she said. “In some cases there are principles where the DES makes reference to environmental equity, but it’s not being applied to permit proceedings or for facilities being proposed, or how they are operating in low-income communities, indigenous or new- American communities.”

A “great” EJ bill in Massachusetts while Granite State waits

In Massachusetts, a recent climate law, with a section on environmental justice,  was recently passed in March called “An Act Creating a Next Generation Roadmap for Massachusetts Climate Policy.”

Because of this bill, Rubin says:

“In Massachusetts we now have a definition of EJ populations that reflects a data-driven approach. It identifies, from a demographic perspective, where the burdens are and who is being affected in historically marginalized communities.”

Rubin says the law acknowledges and identifies communities of color, limited English proficient neighborhoods, as well as others who are also low-to-moderate income.

“In addition to identifying these communities, it’s [the law] baked into the environmental review process real consideration of what the EJ implications are. In particular it requires the integration of a cumulative impact assessment into the review. That’s something we haven’t seen before.”

This cumulative impact assessment will allow groups like the CLF to look at other facilities nearby that are contributing pollution, and to raise questions when it comes to development, about environmental benefits such as parks, tree cover, and access to renewable energy options to lower utility bills.

A typical environmental impact process involves determining whether a facility is meeting clean air or clean water act requirements, Rubin says.  But this process does not meet the needs “or offer the strict scrutiny that would be needed for EJ implications.”

Rubin offered the example of a fossil fuel power plant proposal whose environmental impact was found to be just under the threshold of the clean air act requirements. Without a law, she says, this is not an EJ issue, explaining that impact statements are not broad enough to take a variety of peripheral concerns into consideration.

To do this further questions would need to be asked, such as:

“What are the asthma rates near that site? Highways, port areas? A cumulative-acts perspective looks at what all of the different burdens are, and how they relate to the benefits. And then, are those burdens able to be minimized?”

“If that isn’t possible you minimize, and then mitigate. EJ is an approach that builds off of traditional environmental law and  EJ law in MA is aimed at getting an agency to say, ‘if there are these burdens the project cannot move forward.’”

Creating an EJ statute in New Hampshire begins with identifying what the EJ populations are, Rubin says. It will then require working in partnership with the NH-DES, community leaders,  as well as industry leaders.

“We would stick to a demographic perspective because race is the number one predictor of where polluting facilities tend to be located,” she said. “We’re in a good moment  nationally. Not only is there this racial justice reckoning but we have a federal administration that is one of the most open to talking about EJ that we’ve ever seen.”

Statute or no Statute, EJ is already happening in New Hampshire

If creating an EJ statute in the Granite State begins with fostering and supporting community leaders and defining at-risk populations so politicians and industry leaders have data to work with, CLF Community Organizer Arnold Mikolo, could be a sign of good things to come.

Like the work Aytur did in N.C., Mikolo, working with other community organizers, has been identifying communities that are benefiting from traffic relief measures and which communities have access to bike lanes and which do not.

The goal is to educate and empower individuals in communities  to address issues of concern, including heat-related illnesses and the inequities that are the root of the problem.

Recently, Mikolo has also been involved in the creation of a green space and community gardening campaign as part of CLF’s advocacy effort.

“The ultimate goal is to empower communities with knowledge and awareness of the issues affecting them so they will be able to advocate for themselves,” Mikolo said. “At this stage it’s about finding out who is willing to lead these efforts.”

“People up north [in Manchester] advocate for themselves. Greenspace efforts were implemented years ago. Those trees don’t grow overnight. Most of those neighborhoods are people with mortgages. People are invested in living in their community and when that happens you tend to be vocal. ‘I have children. A mortgage.’ People who don’t have a home don’t have an investment. Why waste time when you might not be here next year.”

The goal, he said, is for low-income and diverse communities to have the benefit of nature.

“First we need connected neighborhoods. As EJ advocates we come into communities to help show them the possibilities,” Mikolo said. “Not seeing trees is a testimonial to not knowing what’s possible. People don’t know what to do about it and we’re trying to plant seeds of possibility and provide an awakening.”

For Aytur, the environmental community-building work Mikolo does is essential.

“People taking action like Arnold Mikolo and others are the local champions we need,” she says. “I think that’s the part of the story that maybe sometimes doesn’t get enough attention. And, you know, that’s where the strengths-based approach comes in, to show how the community organizing movement can really, hopefully, be amplified.”