Life through the eyes of a very special pup 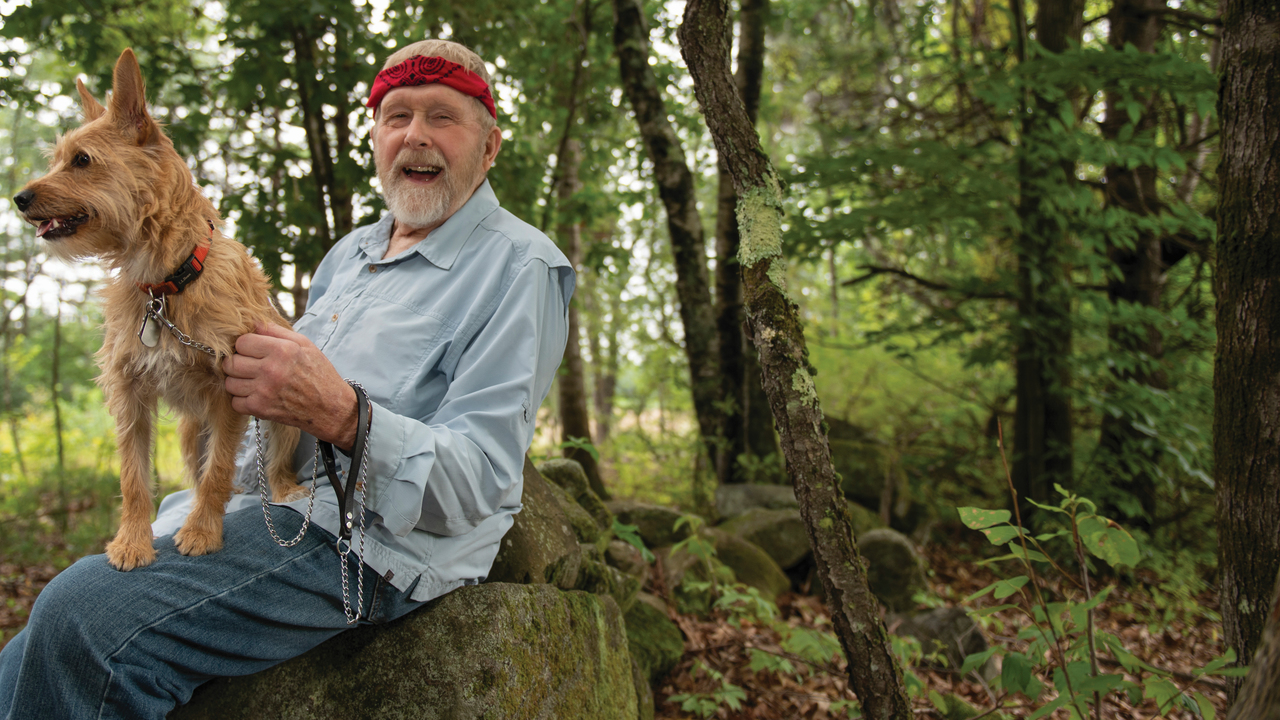 Projection (psychology) – The unconscious attribution to others the faults, desires, etc. that one feels in oneself. Example: a cheating spouse suspecting their partner is being unfaithful.

This week’s offering is written from a lower vantage point than the usual; or, you might say, more down to earth. A reader suggested recently that, instead of describing the relationship between me and my constant companion, Kiki, from my elevated situation, I let her take over for once and limn the details of our life together from her, canine, point of view. Unavoidably, this will involve some projection, but I hope in a reverse direction: ascribing to myself virtues and kindnesses, rather than defects and darkness.

Hello. My name is Kiki, and you don’t know about me except you’ve read stuff written by my boss, Mister Lange. I got that line, by the way, from Huckleberry Finn, which the boss frequently reads to me, along with Winnie-the-Pooh. I came here to Vermont from Texas, where I was fostered by a wonderful woman named Heather who gave me my name. Before that, I don’t know where I came from or who my parents were. I look like what they call a Border Terrier more than anything else; but when the boss showed my picture once to a Scottish couple who breed them, they scoffed. So now he calls me a Godnose Terrier.

It was a long trip here from Texas, a bunch of us riding together in a van. Once we were here, we had to get our shots, they said, and I had an operation, and finally we got to meet our new parents. It was very confusing and stressful, but the man who paid my bill and took me to his car – the boss – seemed nice and gentle. But he held me tight, too, so no matter how I squirmed, I couldn’t get away.

We live together now, just he and I, on one floor of this pretty big house. When I first came, the boss’s wife was alive, but she wasn’t here very long, so we visited her every day at her nursing home. I always jumped up on the bed to look for crumbs on her chest, and she petted me; but she said she was worried that the boss wouldn’t train me to behave the way she would have. I thought that was just fine. But she sold the boss short. He’s never sat me down for a lesson with a bag of treats. Instead, he tells me what a great dog I am and pats me when I do things right. And when I do something stupid or naughty, like eating holes through fleece blankets and throws, or running down toward the road, he gives me the stink eye. I try to pretend that doesn’t bother me, but my ears always go flat and he can tell I hear him.

He told me once that he’d played a mean trick on his last dog with a puffball, and that she’d looked at him with such a look that he swore he’d never again do anything to betray the trust of another animal. So he doesn’t ever tease me. Still, I know he does a great Quasimodo – like, he comes out of the garage dragging one foot and growling, “When I catch you, I’m going to break every bone in your miserable little body.” It’s scary, but I love it! I get one of my favorite sticks and dance around him about ten feet away till he gets to the house. He can also do a good Edith Hamilton – “I’ll get you, my pretty, and your little dog, too!” in a really high witch’s voice. He says that mostly when I leave a stick in front of the back door.

He says that dogs like a routine, something they can count on. I guess that’s true: We get up at six; he lets me out, turns off the night light in the hall with a “Merci, Soleil!” and goes into the kitchen to greet his pal Monsieur Café. Weird, but harmless. Takes his pills, lets me in (if it’s raining or really cold, I’ve been waiting on the doorstep), showers, dresses, and starts breakfast. I get a begging strip and, when cheese-chopping time comes, a little hunk of Swiss. Then I beat it while he finishes up and eats with the news on.

We used to go for coffee mid-morning, but that’s out for now. So I sit behind him in the recliner or under the corner desk while he answers mail, writes, and corrects the spelling and grammatical errors of the meanest people on the Internet. I love going to the bank with him because I always get a treat at the window. The bank has the best ones, and they’re big! Post office, not so much. It’s government property, and there are men in uniforms there – the boss calls them los Federales – who get all upset if I go in.

In the afternoon we walk in the park, usually with a very friendly French woman who teaches French at the local high school. She’s taught me not to jump up for a treat (at least on her) – something the boss never bothered to do. We come back home, put the cars away, and the boss says good night to both of them – more weirdness. Then he has a snack of kielbasa, cheese, crackers, and whiskey, and I get little bits of all of it except the whiskey. Not good for you, he says. As if it’s good for him. After our suppers we sit on the porch in the setting sun – that’ll end soon – while he reads and dips a petit écolier into his hot chocolate.

So for the time being, at least, we’re living a pretty peaceful life here. It can’t last, of course – he’s getting pretty old and a little shaky – but it’ll do for now. When he sits, I sit nearby; when he stands, I stand between his feet, looking forward; when we walk in the woods, I scout ahead and beside, keeping him safe from squirrels, deer, bears, and cougars. It’s what Godnose Terriers are bred to do.

But my favorite time of all is after lunch, when he settles down in his recliner to read and nap. I wait till he’s settled, and then jump up, sometimes with my ball, and nestle between his legs. I know he won’t move without warning me, so I can relax completely. And as I do, I remember what he told me once: that, just like Bluetooth pairing between a cell phone and a car audio system, we match each other’s vital signs: we both slow down; our heart rates drop; our breathing slows till we’re sometimes synchronized, and our blood pressure drops. Or at least his does; we don’t have a sphygmomanometer (he taught me to spell that) for terriers. It’s at those moments that Texas seems far, far away – another world and life, almost – and I’m as happy as anyone could be, here in what the boss calls the centre of the civilized world.