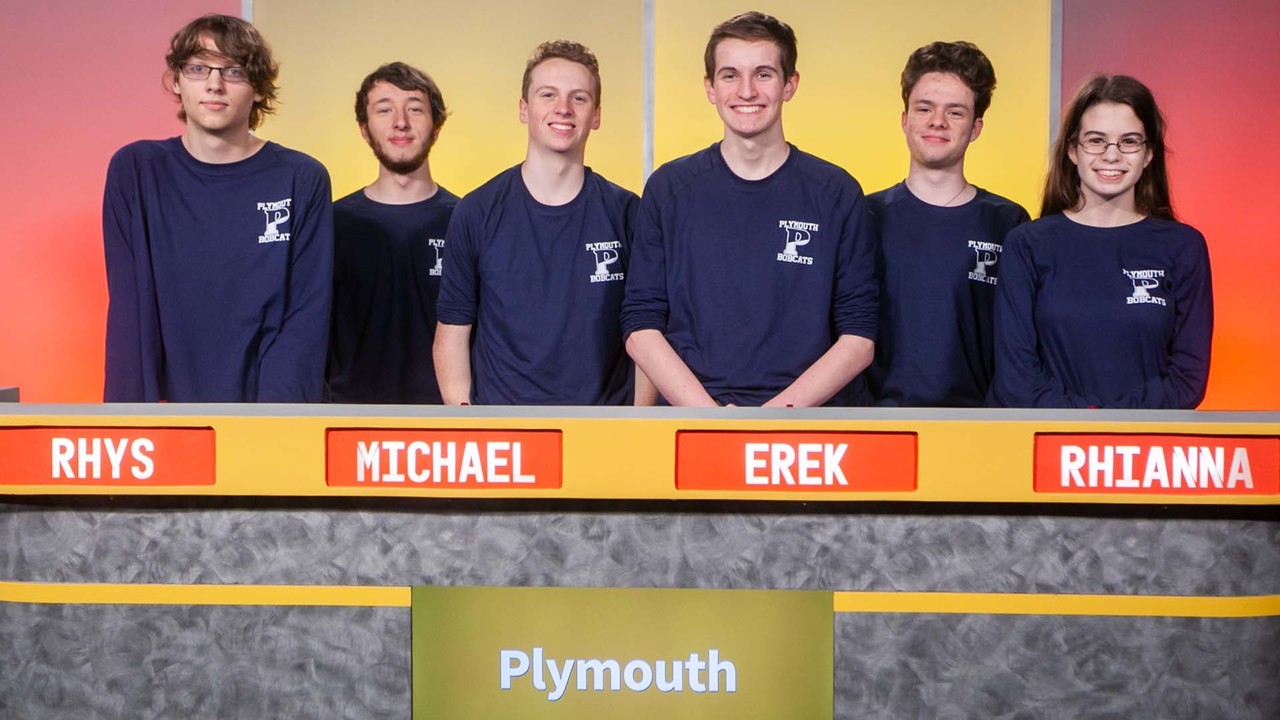 (DURHAM, May 9, 2020) –The Falcons of Bow High fell to the defending champions Plymouth Regional High Bobcats in the semifinals of Granite State Challenge.

The Falcons of Bow High were presented by Captain Justin Murphy, Aaron Burkett, Madeline Lessard, and Colin Bayer along with alternates Connor Griffin and Jacob McDaniel. The team was coached by Michelle Hlavaz. Bow High is located in Merrimack Country and has an enrollment of around 625 students. Bow High defeated Fall Mountain Regional High and Exeter High to secure their place in the semifinals.

The lead went back and forth in the first round, but Bow High came out on top ending the round with a score of 110-90. After playing a strong round, Plymouth took the lead by a score of 330-250.

The alternates joined their teammates for the 60-second round. Bow High chose the category  "On the QT" and correctly identified nine out of ten answers that included the letters Q and T. missing only on quatrain.

Plymouth chose the category "Uh O"  and correctly identified seven out of ten answers that ended with a double O, missing only on Yahoo, Gentoo, and cockapoo, Plymouth ended the round with a lead of 400-340.

In the final round, correct answers are worth 20 points, but an incorrect answer will cost a team 20 points and leads can be quickly lost or gained.  Plymouth played an aggressive final round and Bow was not able to make up ground. Plymouth won the game with a final score of 700-480.