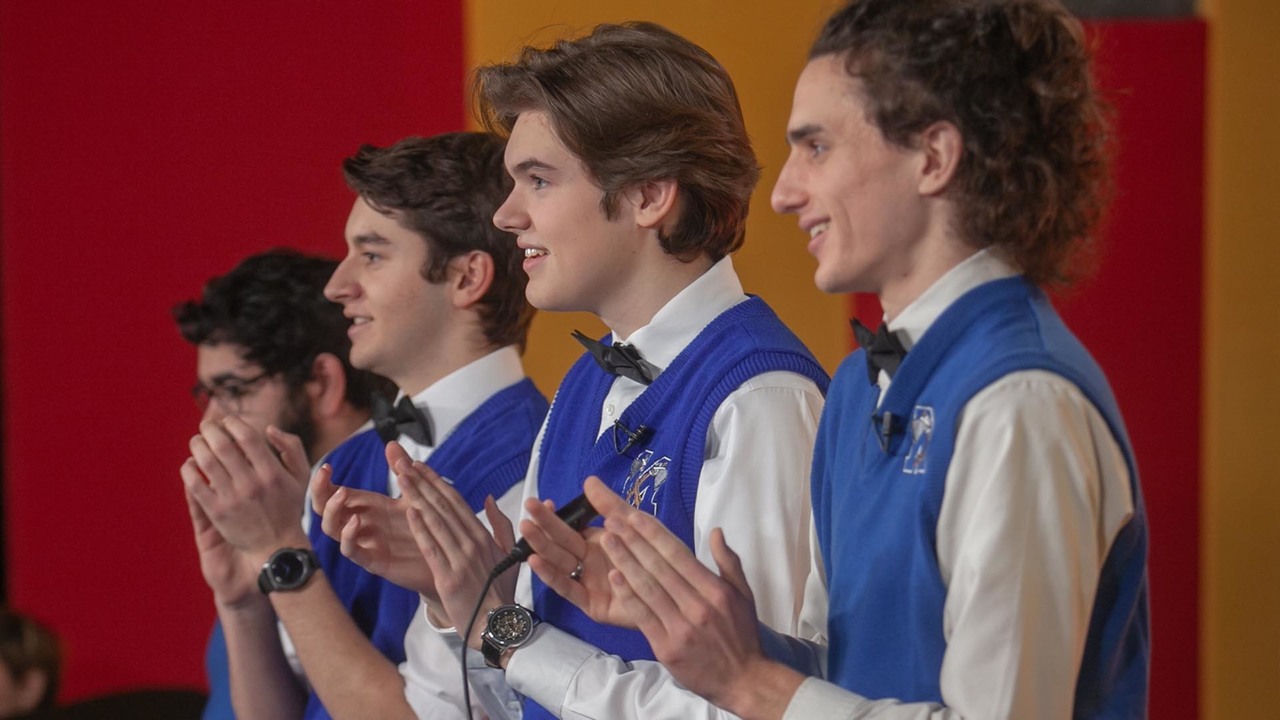 Can you name the unofficial national anthem of Australia about a jolly swagman camping by a billabong? Don't feel bad if you can't, neither of the first two teams on the new season of Granite State Challenge did either.

The Bears of Newfound Regional High School went head-to-head with the Tomahawks of Merrimack High in the first game of a new season of Granite State Challenge.

Merrimack came out to a fast start in Round One correctly answering eight of the first ten questions correctly. Newfound came back with a correct answer on the video question from the crew from Greg and the Morning Buzz and picked up a one more correct answer ending Round One with Merrimack taking at 120-20 lead. In Round Two, Merrimack extended its lead to 400-40. In the 60-second Round, Newfound chose the category "The Adams Family" and correctly identified eight out of ten individuals with Adam or Admas as a first or last name and picked up 80 points. Merrimack chose the category "Wolfpack" and correctly identified nine out of ten answers that included the word wolf. Missing only on identifying "Peter and the Wolf" as a suite by Prokofiev.

Still wondering about that unofficial Australian national anthem? It's the song "Waltzing Matilda."

Going into the fourth and final round, Merrimack held a comfortable lead of 490-120. In the final round, correct answers are worth 20 points, but an incorrect answer will cost a team 20 points. Newfound played aggressively, but couldn't catch up to Merrimack. The final score of the game was 610-240. Merrimack now goes on to face the winner of the Round One game between last year's Granite State Challenge runner-up,  Littleton High, and The Academy for Science and Design out of Nashua.