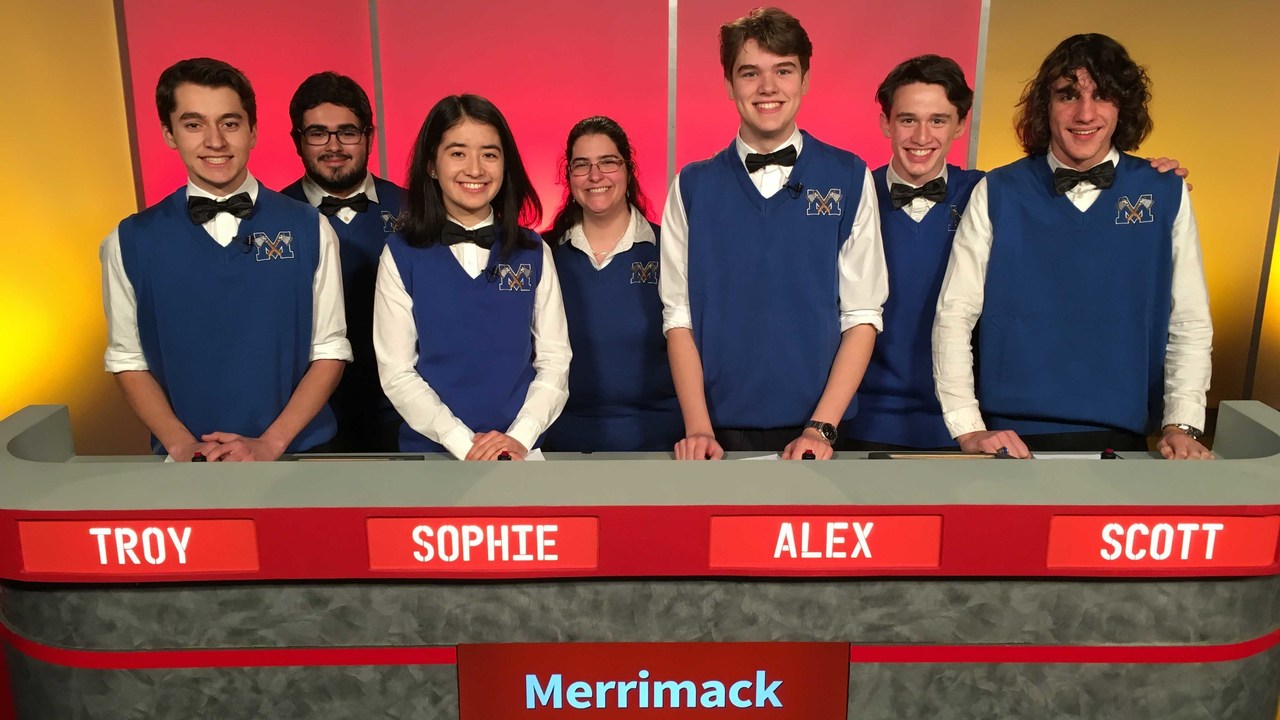 At the end of the first round, Merrimack had a 20-point lead with a score of 100-80.  In the second round, both teams played well, but Merrimack held on to their lead and ended the round ahead by a score of 280-240. The alternates joined their teams for the 60-second round and Nashua chose the category "Good Pals" and correctly identifying eight out of ten individuals whose first or last names are palindromes, missing only Pip or Philip Pirrip from Great Expectations and Lil Deville from the children's series Rug Rats. Merrimack chose "Gone in 60 Seconds" and correctly identified seven out of ten things that included the word minute, missing on Minute Rice, New York Minute and Minute Waltz.  At the end of the round, Merrimack held a slim lead of 350-320.

In the final round, where correct answers are worth 20 points, but incorrect answers can cost a team 20 points, leads can change quickly!  With a minute left in the game, Merrimack had a lead of 480-390, but Nashua South quickly answered questions about the Panama Canal, Kilimanjaro, diamonds, and phosphorus. Both teams came up blank on that question about the only U.S. president with a PhD. It was Woodrow Wilson. His doctoral thesis was Congressional Government: A Study in American Politics.  In the end, Merrimack took the win by a score of 470-460.

Merrimack High will face Plymouth Regional High in the semifinals.  Tune in to the first game of the semifinals between Littleton and Manchester Central, Saturday April 27 at 5:30 pm on NHPBS.