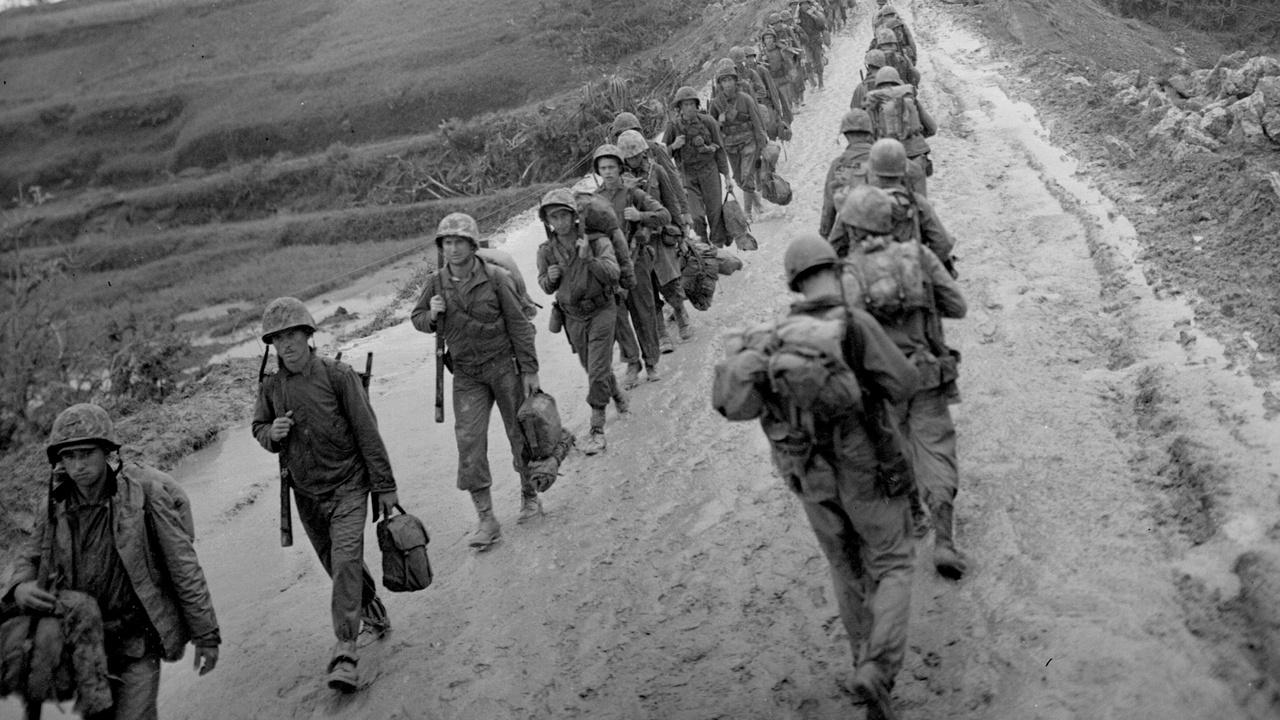 the war - Pride of Our Nation

"Pride of Our Nation" (June 1944 - August 1944) - By June 1944, there are signs on both sides of the world that the tide of the war is turning. On June 6, 1944 - D-Day - a million and a half Allied troops embark on the invasion of France. Among them are Dwain Luce of Mobile, who drops behind enemy lines in a glider; Quentin Aanenson of Luverne, who flies his first combat mission over the Normandy coast; and Joseph Vaghi of Waterbury, who manages to survive the disastrous landing on Omaha Beach, where German resistance ravages the American forces in the bloodiest day in American history since the Civil War. But the Allies succeed in tearing a 45-mile gap in Hitler's vaunted Atlantic Wall. Bogged down in the Norman hedgerows, facing German troops determined to make them pay for every inch of territory they gain, the Allies for months measure their progress in yards and suffer far greater casualties than expected. In the Pacific, the long climb from island to island toward the Japanese homeland is underway, but the enemy seems increasingly determined to defend to the death every piece of territory they hold. The Marines, including Ray Pittman of Mobile, fight the costliest Pacific battle to date - on the island of Saipan - encountering, for the first time, Japanese civilians who, like their soldiers, seem resolved to die for their emperor rather than surrender. Back at home, Americans try to go about their normal lives, but on doorsteps all across the country, dreaded telegrams from the War Department begin arriving at a rate inconceivable just one year earlier. In late July, Allied forces break out of the hedgerows in Normandy; by mid-August, the Germans are in full retreat out of France. On August 25, after four years of Nazi occupation, Paris is liberated - and the end of the war in Europe seems only a few weeks away.

This series, directed and produced by Ken Burns and Lynn Novick, explores the history and horror of World War II from an American perspective by following the fortunes of so-called ordinary men and women who become caught up in one of the greatest cataclysms in human history.

Future Broadcast times for "The War": (show all)