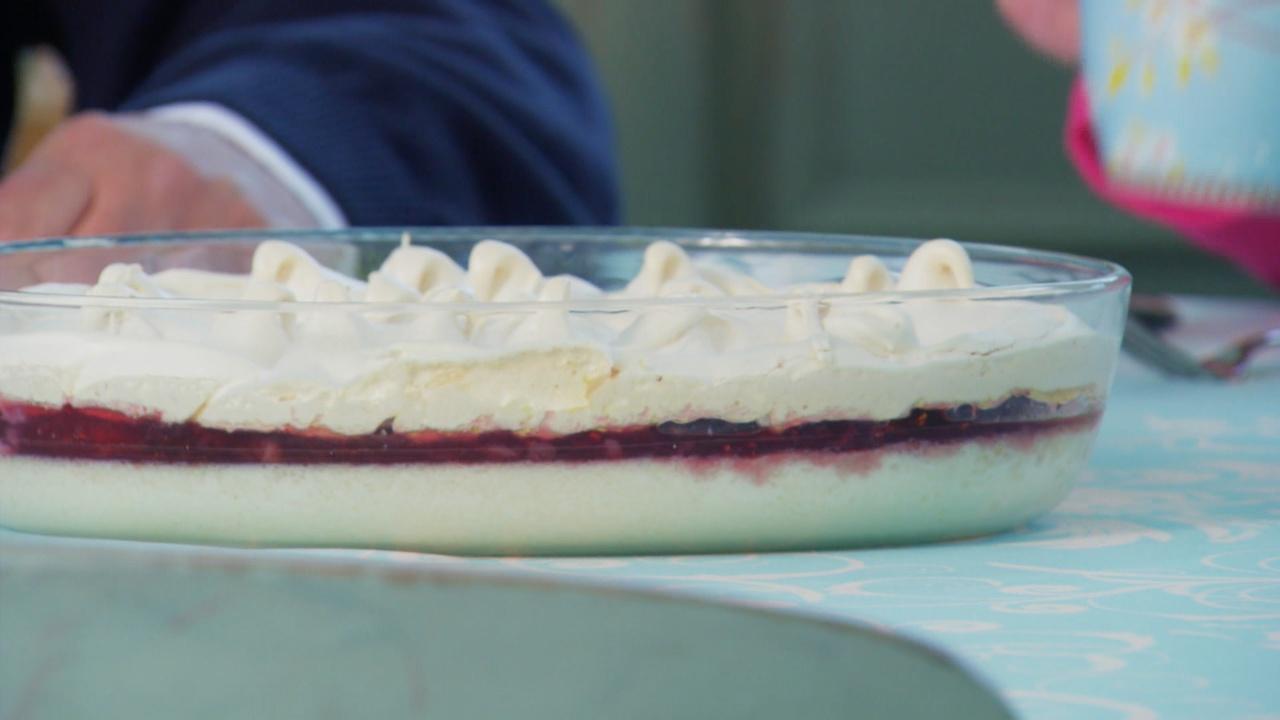 For their Signature challenge, the bakers go all out with two types of sponge puddings. In the Technical, they face Queen of Pudding, a recipe direct from the archives of Mary Berry. A Showstopper strudel stretches them to their limits.