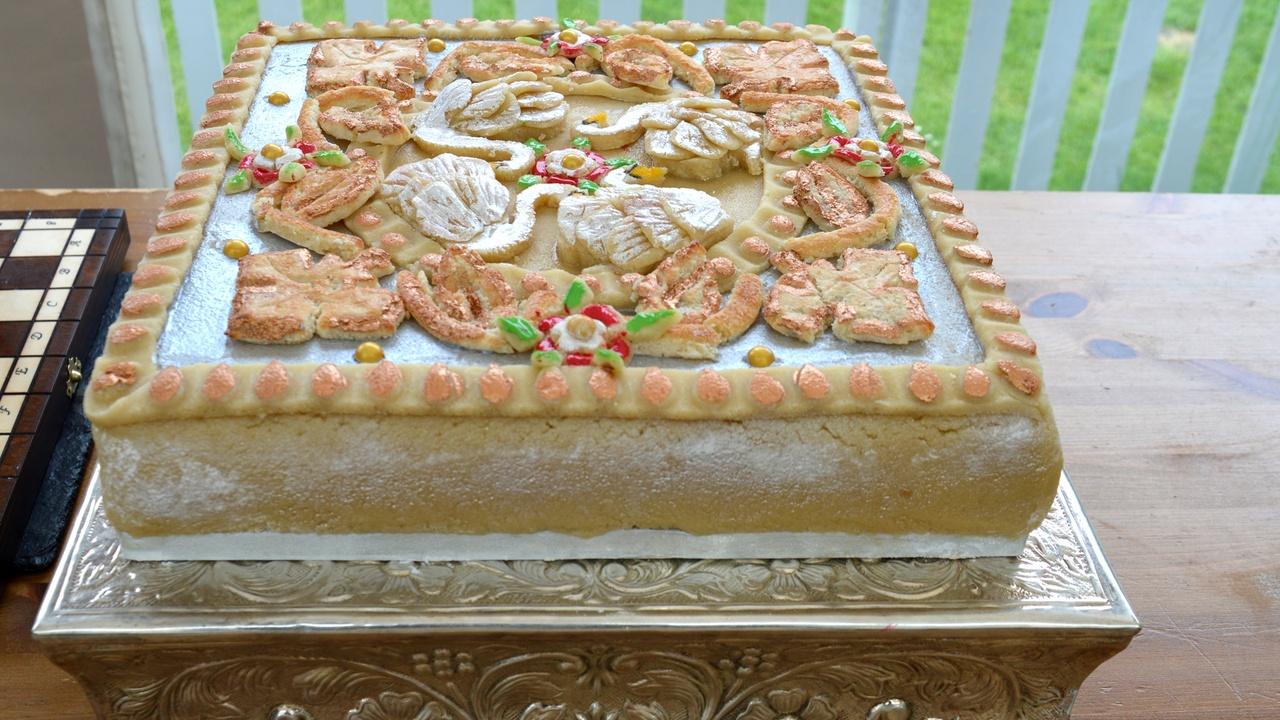 Follow the five remaining bakers as they attempt to re-create dishes fit for the Tudors. The signature is a savory stuffed pie; the technical is an unusual Tudor biscuit that has the bakers tied up in knots; the showstopper is a marzipan spectacle.