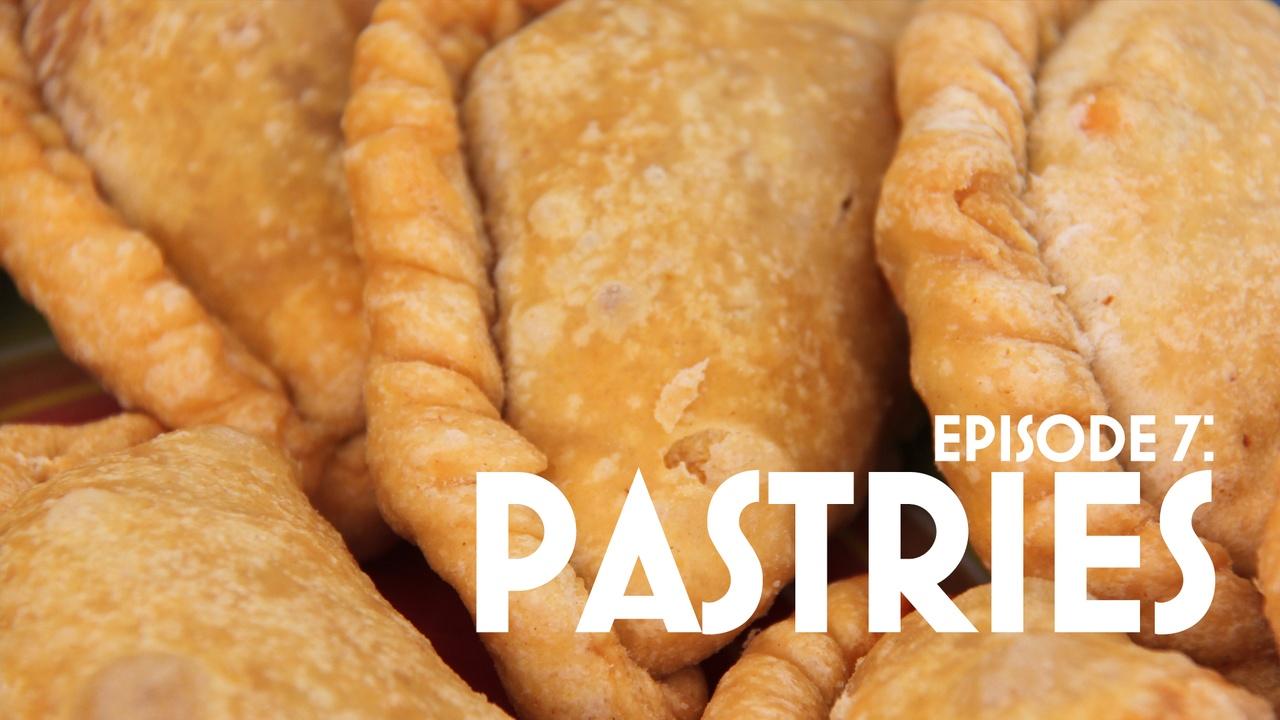 Week seven in the tent sees the bakers tested on all kinds of weird, wonderful pastries. They're assigned Signature savory parcels, ranging from pasties to samosas. The Technical challenge throws them into uncharted territory with a pastry none has heard of ... the round and crusty kouign amann. Paul tests the bakers' patience in a challenge to create this multi-layered, buttery pastry. Finally, Showstopper eclairs will give five lucky bakers a spot in the quarter-finals.