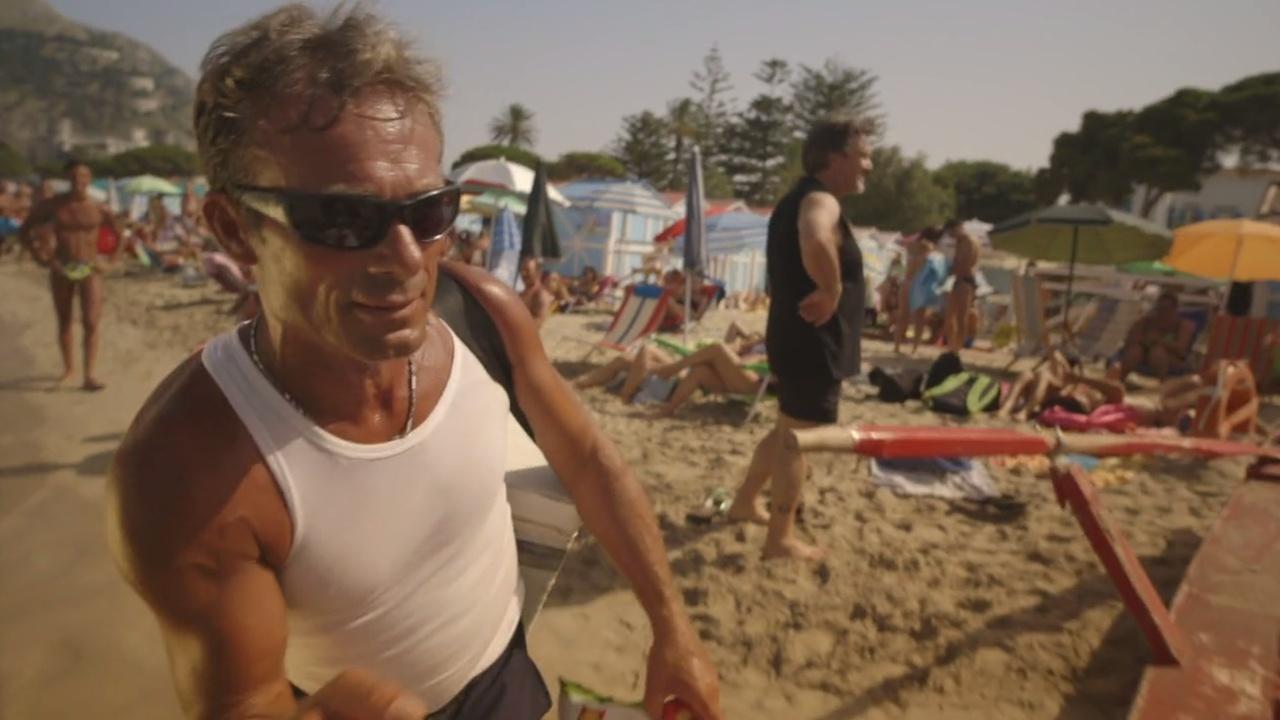 Every summer on Palermo's Mondello beach, over 1,000 cabins are built in preparation of the Ferragosto holiday. Centered around a family who goes into debt, three women holding onto the feeling of youth, and a politician seeking votes, this film portrays a vanity fair of beach goers hiding behind the memory of a social status that the economic crisis of recent years has compromised. To be accompanied by the StoryCorps short film "My Father, the Giant," caught in a thoughtless act of cruelty, a young man learns a lesson in compassion from his father, a larger-than-life tribal leader of the Caddo Nation. Years later, he passes that lesson down to his own son.

The Rent We Pay