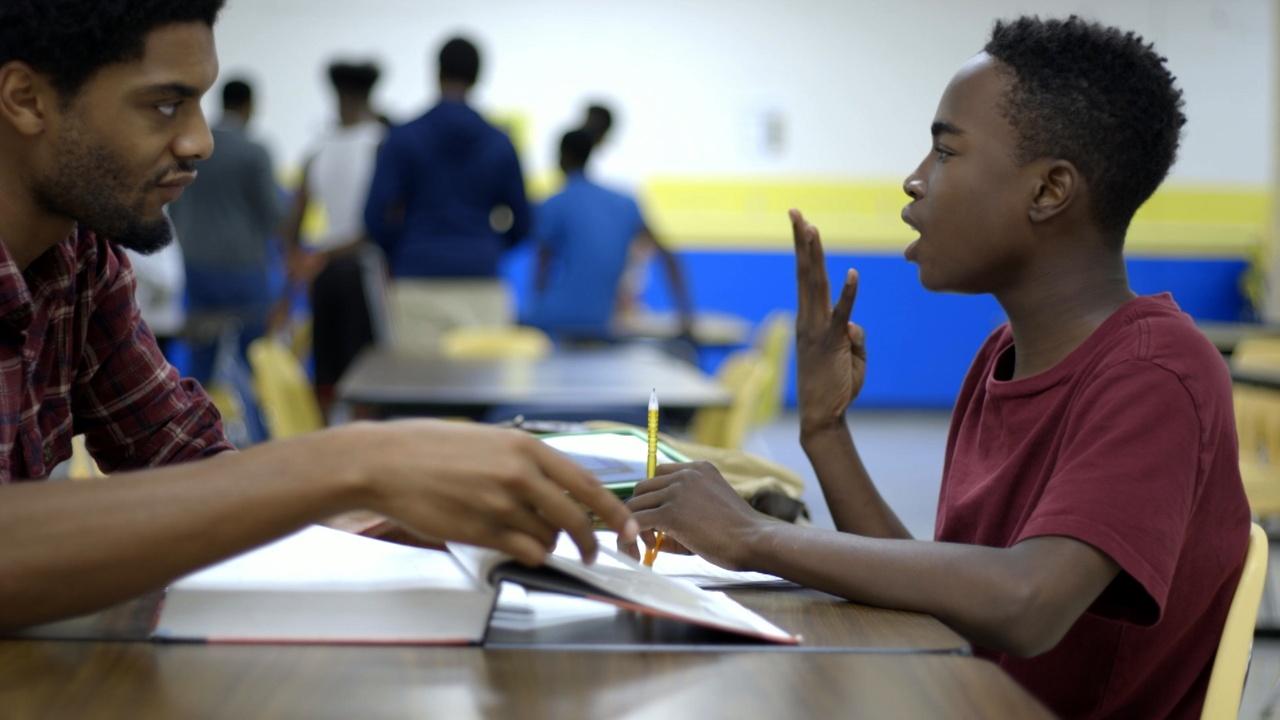 Gentlemen of Vision (GOV) follows a year in the life of coach, counselor and founder, Marlon Wharton, and his 2015-2016 class of young Black students as he strives to rewrite their future prospects. While striving for excellence in school and in step, the team is persistently challenged by the violence and poverty of the streets that surround them. Mar'Kel 'CA$H-U' White struggles between attending practice and the pull of the local street gangs. When he becomes entangled with the law, a GOV coach, who is also a police officer, intervenes on his behalf. Saved by this once-in-a-lifetime chance encounter by a caring mentor, the team roots for CA$H-U but they can't help but wonder which influence is greater in his life -- the streets or the GOV brotherhood? Darian 'Prodigy' Brooks who comes from a difficult family dynamic due to his mother's alcoholism faces a precarious health condition. And, Cameron 'Tin Man' Johnson, one of the main leaders of the group, sets an example of good behavior, and motivation for his teammates. The precise and rhythmic movement in step, a dance and movement form rooted in African American history, requires a lot of discipline, passion and practice. Coach Wharton challenges them to make step a priority while, at the same time, expecting excellence from his students in conduct and academics, too. On and off the stage, the film depicts a brotherhood of young men as they support each other and chase their ultimate dreams: to maintain their position as national step champions and to be accepted into college -- an opportunity that could change the course of their lives.